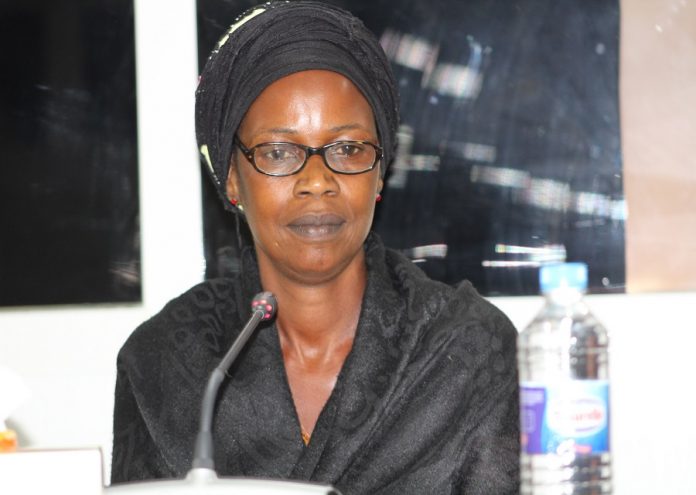 Jammeh shocked the world in 2007 when he claimed he could cure HIV and AIDS with his mixture of concoctions as long as it is Thursday.
Jatta who was among the first batch of patients from Santa-Yalla to join the treatment, said there was no ‘truth in the whole process and many of the patients have died’ as a result of its negative consequences.

“I can confirm that seven had died during the course of the treatment and two others died after they were shortly discharged. I can only recall the names of the seven who died under treatment but it was more than that,” she added.
Jatta spent nine months in the program. She is among the three survivors supported by the AIDS-Free World to sue former president Jammeh, seeking financial damages for harm suffered during the treatment.

“We were called to the State House and met Jammeh. He welcomed us and gave us strict instructions including discontinuation of our antiretroviral medicines. I was asked to undress in front of a TV, wrapped a towel and asked to lay on a stretcher before Jammeh came with a concoction and poured it on my hands. He prayed and asked me to rub it on my face.

“He later came with an oily liquid and massaged it on my entire body. They (Jammeh and his assistants) massaged every part including the private parts. I was given another concoction to drink which left me unconscious. Since then my troubles started. I lost appetite and kept on vomiting,” Jatta who contracted the virus in 1995 explained.
Madam Jatta stated during the treatment which had an immense undesirable effect on her life, they were subjected to continuous security monitoring with no access to family visitors.

“Jammeh came up one day and alleged there are witches among us. He said he brought us for treatment but not to come and eat anyone. He smoked the whole place and we were invited into a hall and given concoctions which made us unconscious and started confessing to witchcraft,” she said.

Jatta said some of the patients including her were ordered to make televised statements to speak in favour of the treatment while urging others to join.
“We were afraid to speak ill of it especially when he (Jammeh) was sitting. So we had no other choice but to declare it a success but that is not true,” Jatta added.