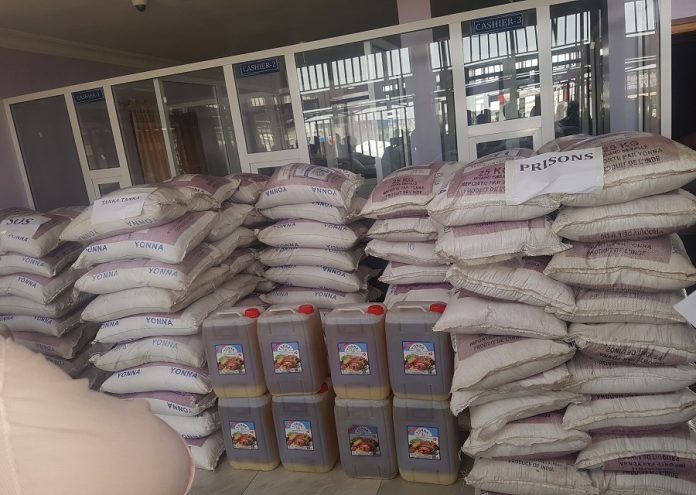 The presentation was held at Yonna Forex Bureau’s head office at Bakoteh.
Momodou Barrow, Head of Finance and Administration at Yonna Forex Bureau Exchange, said Basse Police station was included and given a computer because it has been realised that the police deal with confidential information and it would be hard for them to be moving from the station to print the necessary and confidential documents outside the office.

He added that the total donation is worth D164, 440 and they include 183 bags of rice, a computer set, printer, cartridge and stationery.
“We at Yonna Forex Bureau Exchange have been doing this every year but now we are doing it differently”, he said.
According to him, they have previously donated to the health centers and have supported health promotions in the rural areas among other things which he said should inspire others to follow suit.

Mr Barrow then talked about some of the products and services Yonna Forex Bureau continues to offer which he said include a speedy and and convenient money transfer from all its branches across the country at all times. He said this has “revolutionize the way things work because now nobody needs to wait for someone to take money for you to the provinces. All you do is use our services to transfer. It is faster and even safer,” he said.
Mr Barrow said customers also have a choice to buy food items like oil and rice from their branches with those buying in bulk accorded free delivery.

Yonna, he said is making financial services easily accessible to all in line with the financial inclusion drive of the Central Bank of the Gambia.
In conclusion, Mr Barrow thanked the Government for creating the enabling environment and their customers for their loyalty. He stressed that Yonna will continue to abide by the compliance and other regulations of the country and other international money transfer laws.

Ebrima Bah, Business Development Officer of Yonna Forex Bureau Exchange, said the donations are part of their social responsibility as one of the biggest and most leading financial service providers and money transfer services in the country to contribute one way or the other towards national development.
“Government has provided us a conducive environment to operate our businesses across the length and breadth of the country, in 52 branches as well as partnering with 15 money transfer companies in the country which means that our services are exceptional because we are always ready to ensure that we satisfy our customers. Which is the main reason why we are doing business”, he said.

He added that by using Yonna Forex Bureau Exchange customers will be contributing their quota in the national development because even though Yonna is a profit making company the profit they make at the end goes back to the communities.
Bah added Yonna Forex Bureau Exchange is owned by a Gambian who has also employed 100 staff in the company, saying that the company has been in existence for over 10 years.

Almameh S. Manga, Assistant Superintendent of the Gambia Police Force, thanked Yonna Forex Bureau Exchange for reaching out to them.
He added that the items will be put to good use and will go a long way in making their work more successful. 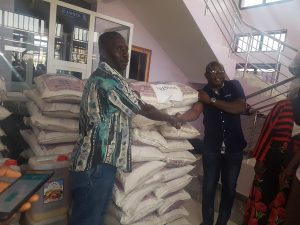 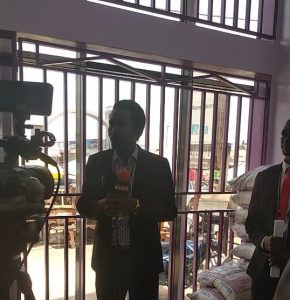 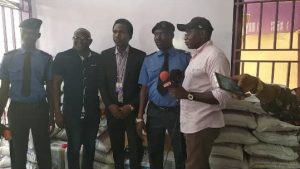 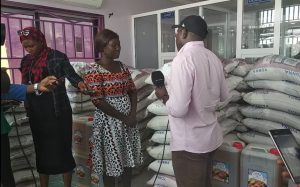