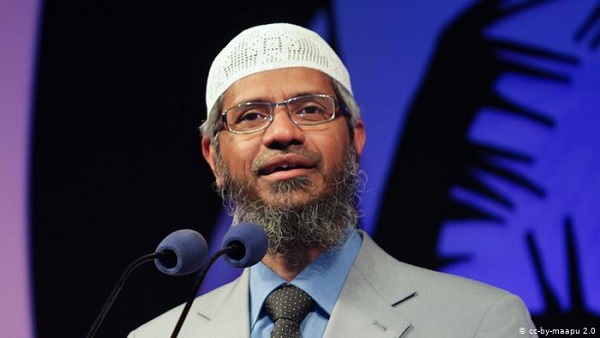 Renowned Muslim televangelist, Dr Zakir Naik, said President Jammeh was dislodged from power because he listened to and followed his advice.
Answering a question from a Gambian in Malaysia on the EU prodding The Gambia to recognise gay rights and the government’s perceived silence on the matter, the famed Muslim cleric stated:

“I’ve been to The Gambia a few times and alhamdulillah I was very close to the former president Dr Alhaji Yahya Jammeh. He asked me this question when I met him the first time in 2014: ‘What is your view that European Union is willing to give 30 million euros to The Gambia but the condition is that we should make homosexuality legal?’ I told him that is haram. Without batting his eye, he said, ‘Yes that is what I considered and I told them to take their money back. I don’t want this money because homosexuality is haram and I will never make it legal in my country’.

“By Allah’s grace, I have met several heads of state, several presidents and prime ministers of various countries, but Jammeh is one of the few heads of state who was very close to me. Among the heads of state, the person who has followed my Islamic advice to maximum is Yahya Jammeh. May Allah bless him; may He grant him jannah. Because he was too close to me, many in the Western world were against him and I feel because he followed my advice, he was forced to leave his position. In the last election that took place in December 2016, one month later he was forced to leave. You know how politics works: all the non-Muslim countries – USA and others – came together and put pressure and appoint somebody else, though they call it democratic election. First of all, they pump in money, they try to rig the election and remove the person who is Islamic. And it was successful in removing him. He has been elected as the president for 22 years. He was very popular. They did it to many Muslim countries. When they know that the one in charge is more Islamic than the other, they support the opposition and they try to remove him.

With all the strategy if they fail and the person who is more Islamic wins the election, they do a coup. This is very common. If they find a person who is Islamic and wants to bring Islamic changes in the country, these Western countries get together and attack the person economically, socially [and through the] media and that is happening today.

That is what they did to Yahya Jammeh. I am not saying that he has no faults; I knew him very well. There were faults but maasha’Allah, compared to other leaders he was a practising Muslim. I guided him and gave him advice. Most of the advice I gave him, he followed. Maybe that was the reason why he couldn’t stay in power,” he claimed.
Dr Naik said pressuring poor Muslim countries into accepting homosexuality is not new in the Western playbook.
“This is a common practice by many of the powerful countries, mainly the Western countries.

They put pressure on the weaker countries to follow their agenda. One of the pressures they put in lately is to make sure that all the countries, including the Muslim countries to agree on the concept of homosexuality; to agree to gay, lesbian, transgender and to make it legal. This is common,” he added.
He advised Muslim countries to form a united front against Western pressure to do what is haram.