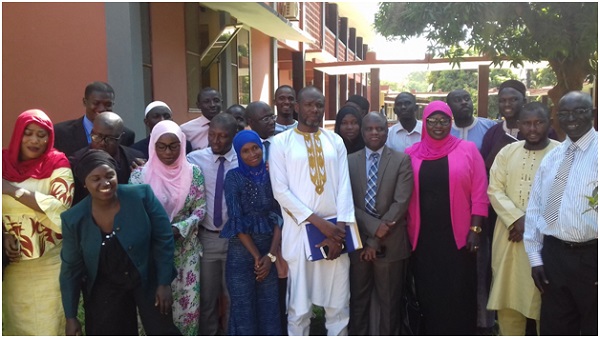 At least 20 newly recruited cadet administrative officers and assistant secretaries were certified following the completion of a two-week ‘intensive training.’
The training was organised by the Personnel Management Office, PMO in collaboration with Management Development Institute, MDI and was designed to help equip the civil servants on the operation of government machineries. The training was completed Friday at the MDI.

The induction training according to the permanent secretary, PMO Lamin Jawara, should help introduce the civil servants to policies, procedures and practices within government. He said as civil servants they need to realise that their individual and collective actions can impact the lives of ordinary Gambians either positively or negatively.

He continued: “You need to nurture a sense of professionalism. You are not like any ordinary Gambian any more, as you are expected to dress, communicate and relate with people in the most professional way, as far as your work and social life are concerned. For instance, you are not expected to hang out at night clubs or take part in political activism. In other words, you are expected to conform to some code of conduct as a civil servant. Besides, as newly appointed civil servants, you need to be courteous, polite and honest in your dealings with your colleagues and the general public. You need to understand that your salary is paid by the tax-payers, who are the very citizens you are supposed to serve.”

PS Jawara also appealed to the newly appointees to respect the opinions and views of their colleagues and appreciate the diverse environment of gender and ethnicity in which they will be working.
The director general of MDI, Alieu Jarju commended the PMO for recommending the institution for the training and hoped that the partnership will continue in the future.
Jarju told the trainees to “effectively utilize” the knowledge they gained during the training and apply it in their offices as professional civil servants.