2020 Excellence in Journalism Awards: How the GPU and the awards committee pulled it off with minimal fuss when the chips were down 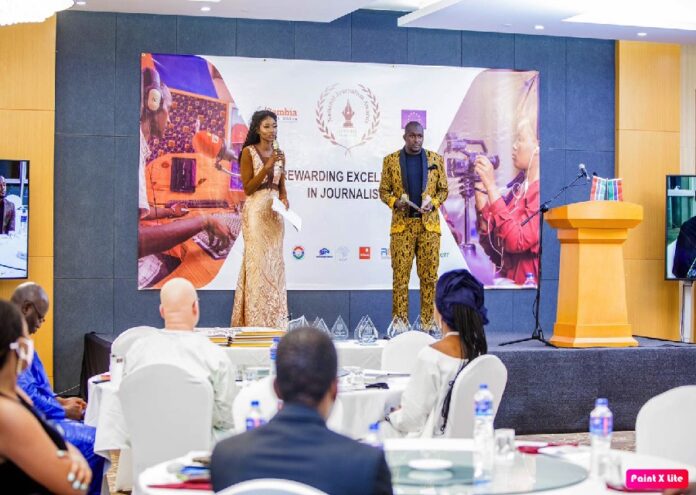 On the back of the 2019 GPU National Journalism Awards, it was always going to be a big ask organizing another. There was fire and so too was fury amongst individuals who couldn’t agree with almost everything about the event- from the winners of the night, the GPU leadership, Ba Tambadou’s Press Hero award and even more outrageously – to the yellowish outfits in which the ushers were cladded.  But isn’t that one of the manifestations of today’s Gambia where DEMOCRACY continues to see us ripping into each other on a daily basis much more than the energy and time we invest in consensus building and healthy debates.

The take-off amidst dark clouds

On the day that members of this year’s award committee first met to devise a strategy for the 2020 GPU Excellence in Journalism Awards, not even the most optimistic of minds was confident that we could pull it off.  The biggest question revolved around the funds. Where in the world would the GPU and the awards committee get the resources at a time when Covid-19 virtually shut down any likely window of fund raising? Then again, there is this saying that ‘where is there is a will, there is a way.’ From the get-go, a multi-disciplinary team led by a former Information Minister Demba Ali Jawo got down to business, outlining what action plans needed executing, potential avenue of resources, and timelines for meeting each activity detailed in the committee’s own semi Marshall Plan.

Who will forget about the way 2020 handicapped nations and institutions?  A pandemic that battered lives and livelihoods across the world was sure to have consequential effects on developing countries in particular. With government enforced restrictions at their peak, the GPU 2020 Excellence in Journalism Awards was equally bereft of any face to face meetings. Planned courtesy calls on key stakeholders we had banked on fell flat on the ground. And with the clock ticking fast and likely sources of funding few and between, it dawned on the DA Jawo led committee that we might be well primed for failure. Mission Aborted was something we didn’t rule out.  It took endless online virtual engagements orchestrated by the tireless Lamin Sam Jaiteh of the UK and foot soldiers in Hatab Fadera and Sanna Camara to get the job done.

After months of an aggressive fund-raising drive, the biggest national event honoring Gambian journalists came to fruition on Saturday, October 24 2020.  It may have lacked the panache of the preceding one, but the biggest positive of the event was the way technology was leveraged upon as Social Distancing protocols compelled the GPU and the organizing committee it birthed to think digital. Masterminded by Eye Africa TV’s Lamin Kanteh, one of the country’s youngest media moguls, live feeds from the Kairaba Jawara International Conference Centre were sent to homes within and without The Gambia thanks to other media outlets. It was a near flawless event that attracted the presence of Ebrima Sillah, Minister of Information and Communications Infrastructure and two previous holders of that post as well as other critical players in The Gambia’s media landscape.

The biggie of the night

Watching those young and highly passionate journalists being called upon and receiving accolades bears testament to the growth in the local media and the high premium attached to the trade, notably in the context of excellence. Despite the necessitated trimming of the awards list, the 13 categories that were on show in themselves speak volumes about the role of journalists in improving the living standards of the people who matter most: from Women and Children to Human Rights reporting.  There were the usual suspects, chiefly Mustapha K. Daboe, who went home with awards galore.  Six different sets of gongs including the mother of them all – Journalist of The Year – were enough to induct Swandi into GPU Hall of Fame someday. About Mr. Darboe, the recognition and the glee weren’t just a number’s game, but rather it was the depth and scope of the issues he has been consistently and courageously putting on the magnifying glass. Sadly, not all those issues he had brought to the fore had triggered any notable remedial measures expected of the government, save for the recent fisheries saga that caused a stir in town, resulting in PS Dr. Bamba Banja’s career-tumbling leave.

Whilst Mustapha Swandi Darboe took most of the plaudits on the night, questions must also be asked as to how impactful have been the investigative journalism training programmes that have recently been rolled out by the GPU. Is it a mark of progress that when it comes to investigative beats, it comes to down to only one man to do produce well researched, high quality work? What has become of those that had been participating in those capacity enhancement forums? In all fairness, it is important to underline that even for persons with a nose for investigative stories, it takes a great deal of energy, resources and sacrifice to be running from pillar to post, asking questions and pleading with sources to divulge certain information. This is even more complex in a country where majority of journalists live from hand to mouth; where access to information under the custody of the state is harder than grinding water from stone due to bureaucratic red tape; and where experienced heads continue to swap the newsroom for more lucrative jobs.

The other downer as far as this year’s awards ceremony is concerned was the low level of patronage by Gambian companies or Gambia-based corporations. That it had to be EU Delegation in The Gambia, handful of foreign businesses operating here and only one or two locally-owned institutions to put their weight behind such a noble event is a pointer to a perennially sad reality. It is becoming increasingly evident that the only time our very own profit-obsessed firms support local endeavors tends to be event carrying entertainment and political undertones. Whether it was due to the economic fallouts from Covid-19 or not, it was never going to be bad sponsoring a single awards category as did by Gambia Red Cross Society in the form of a laptop for the winner of the Special Covid-19 reporting.

As we commend the journalists, awards committee members, the judges and the GPU secretariat for a job well done, it is important too that we encourage media chiefs to treat the welfare of their staff as a matter of utmost priority. While it may not be within the remit of GPU to enforce a minimum wage for media practitioners, coupled with other benefits that augur well for their working conditions, it is high time the union started robust discussions on what has long been the elephant in the room. Miserable pay and the perpetual use of interns as a cheap way of filling human resource gaps in newsrooms is both exploitative and counterproductive to an industry whose job it is to hold the feet of the people in power to the fire. Unless, that is nipped in the bud, journalists will continue to pander to the whims and caprices of influential people and corporate magnates.

Famara Fofana is a storyteller, freelance journalist and a student of media and communications studies.  This piece does not in a way represent the views of the GPU and/or the 2020 Excellence in Journalism Awards Committee.