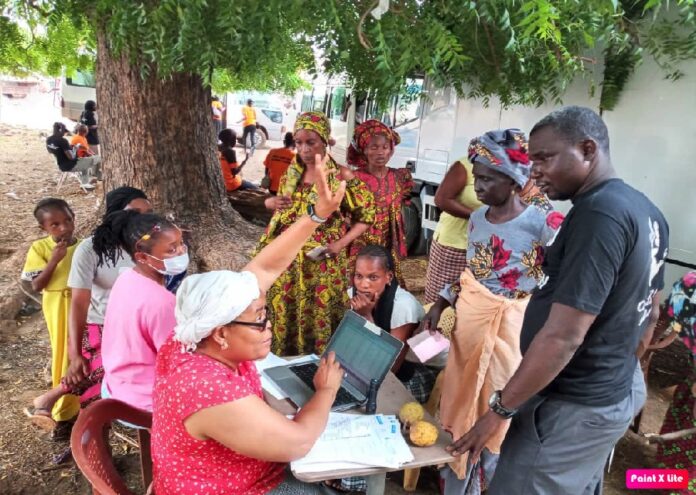 Two hundred and forty-four women have been screened for cervical cancer prevention in URR and CRR as part of the 12-day “I Am for Zero” campaign by the United Nations Population Fund (UNFPA) and its partners which seeks to promote the realisation of the agency’s three transformative results: zero unmet need for family planning; zero preventable maternal death; and zero Gender-Based Violence and harmful practices.

According to the 2019/2020 DHS, 10% of women aged 25-49 were first married by age 15 with the percentage of women married by age 18 increasing to 37%. 81% of women are married by age 25 with the median age of marriage among women 25-49 being 19.4 years (DHS) indicating a high rate of child marriage with risks of longer lifetime fertility and its consequences on socio-economic development. With a current Total Fertility Rate (TFR) of 4.4 as compared to 5.6 as per the DHS 2013, Contraceptive Prevalence Rate (CPR) of 19% compared to 9% in 2013, and unmet need for Family Planning of 24% amongst married women and 45% among sexually active unmarried women; despite the significant gain, the population will likely double by 2030 if those gains are not sustained.

The youthful nature of the country’s population coupled with the low CPR albeit much improved and high unmet needs for family planning contraceptives and commodities means that the population will continue to be a dependent population making it increasingly unlikely to ever harness the Demographic Dividend in The Gambia. Additionally, the population growth rate poses a greater threat to poverty reduction with larger households (i.e. with more number of persons) and higher poverty rates. Using the poverty line of $1, overall poverty ranges from 5.6 % from single person households to about 66 % for households with 10 members and above. A similar pattern has been observed using the poverty line $1.25 but poverty has increased for all households. The poverty rates for single person households is about 11 % and for households with 10 or more members, the overall poverty rate is 76.8 %.

Thus propelling more people into the working-class population to enhancevibrant economy growth. The resulting trigger is that less youth will migrate into Europe using clandestine means and less dependency on the working class. Early or teenage pregnancy will also greatly reduce thereby ensuring that girls stay in schools much longer helping to realise their potentials and contribute in supporting their family.

Speaking in Jimballa CRR, Cordelia Pratt, Social Worker at SOS Mother and Child Clinic said they are working and supporting UNFPA on their campaign and have so far screened 244 women on cervical cancer prevention since the start of the campaign.

“We have come across some that have the positive cases which we have treated and the challenges in that area are that, in these communities, the women are not able to take decisions for themselves because we have about two cases where we couldn’t treat just because the women couldn’t simply decide since the husband was not informed,”she explained.