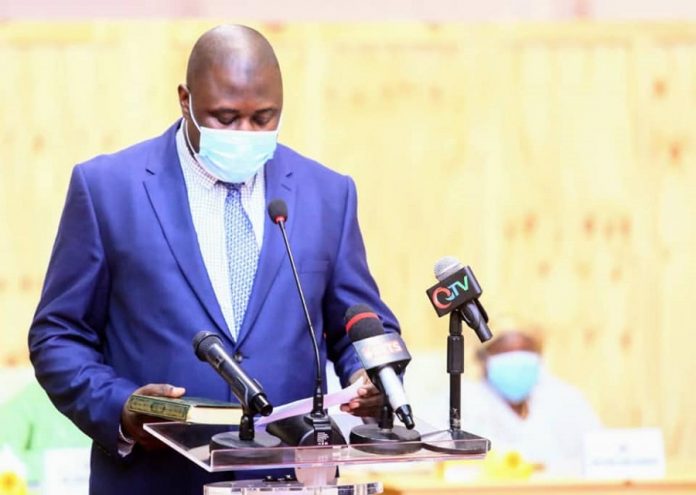 Niamey, Niger, 29th November 2020 – Reporting on the state of the human rights case filed at the International Court of Justice in The Hague against Myanmar for acts of genocide perpetrated against the Rohingya Muslims in Myanmar, the Minister of Justice of The Gambia, Honourable Dawda Jallow reminded the meeting that the case was launched to awaken the conscience of the world’ in support of the rights of the Rohingya.
Minister Jallow made the remarks while updating the 47th Session of the Council of Foreign Ministers of the OIC in Niamey, Niger on Friday.

”The case represents the OIC’s strong commitment to the Islamic teaching of brotherhood, justice, and accountability for human rights violations’, he said, stressing that the move was among the noblest initiatives ever of the Islamic organization.
While outlining the successes registered thus far in litigating the case with the support of a US-based international advocacy firm, the Minister appealed to member states to ‘urgently double up’ on financial contributions to the legal fees of the case.

The Gambia also made a robust case for a coordinated effort among member states in support of the case at the ICJ, arguing strongly that ”any support for the case should be communicated and coordinated with The Gambia” in its capacity as Applicant and Chair of the OIC Ad-Hoc Ministerial committee on Accountability for Human Rights violations for the Rohingyas.

He cautioned that uncoordinated actions may undermine the carefully planned and executed case management strategy that is required for a successful outcome.
Since the ICJ unanimously granted the request for provisional measures against Myanmar in January 2020, the Minister reported that The Gambia`s legal team has since October 23rd 2020 filed its case Memorial with the ICJ after an intensive fact-gathering operation to obtain and process as much evidence of the genocide as possible. That included two lawsuits against Twitter and Facebook in the United States for the revelation of the contents of online accounts controlled by members of the Rohingya Military.