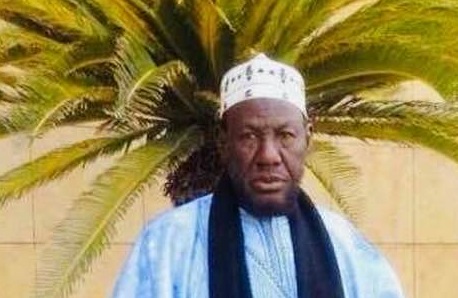 My close association with late Alhaji Banding Drammeh started in 1964 at Al-Azar University hostel, Al-Abbasia and later to a private residence at Kubri-Alqubah, a prestigious residential area which houses the tomb of late President Gamal Abdel Nasser. Despite our smaller number, we Gambian students in Egypt had succeeded in fostering a good relationship among ourselves through a student union. Interestingly, we were all holders of British Colonial passports and the British Consular provided very limited assistance for the renewal of passports and other lost valuable documents. Much to our relief, our welfare as Gambian students in Egypt was transferred to Senegalese Embassy in Cairo and that made our relations with Senegalese students very cordial. Prominent among them were the children of late Ibrahim Nyass of Kaolack, Senegal. One of his sons, Nasir Nyass (late) was my next door neighbour at Al-Azar University hostel.
The

When Gambia attained her independence in 1965, we organised a reception at the Senegalese Embassy in Cairo. The reception was attended by a representative of Egyptian government, well-wishers and large number of African and Asian students. Late Alhaji Banding Drammeh played a key role in that reception. After independence, Sir Dawda Kairaba Jawara paid a short visit to Egypt at the invitation of Egyptian government. He was given a red-carpet welcome at Cairo International Airport. Gambian, Senegalese and other African students were at the airport to welcome Sir Dawda. His visit brought a landmark achievement for the Gambian students in Egypt as our welfares were transferred to the Gambian embassy in Saudi Arabia.

Late Alhaji Banding Drammeh was a figure who was well-known within and outside Gambia because of his stance in the spread of Islamic religion. His religiosity was his greatest mark of identity. He was an educationist, a preacher and an advocate of unity among the Muslim Umah. His role as president of the Supreme Islamic Council was significant and indeed he had left a legacy that would remain forever in the history of this country. His role in educating the poor and the socially handicapped had yield great success as he had Islamic institution and English school which start from lower grade to higher grade. A lot of young people had benefitted from his foresight in education as they were able to acquire both Arabic and English education from lower grade to senior secondary school in his schools.

Alhaji Banding was a candle light to most of the young Islamic scholars that we have today because those people attained their status courtesy of his mentorship and guidance. His hospitable attitude to all people, friends and acquaintances was also his other mark of identity. His modesty and social nature had made him an affectionate brother, father, uncle, husband, cousin and friend to anyone who came close, and that had earned him the respect and admiration he deserved. In social gatherings, he was easily distinguished because of his gentle appearance and willingness to share with people what he knew best. He was down-to-earth despite his leadership position in the Muslim fraternity of the Gambia.

May the gentle soul of the legend rest in eternal peace. Ameen!
Kebba Landing Jagne is a retired civil servant/CEO, Anglo-Arabic Academic
Tel: 9908971/7781309