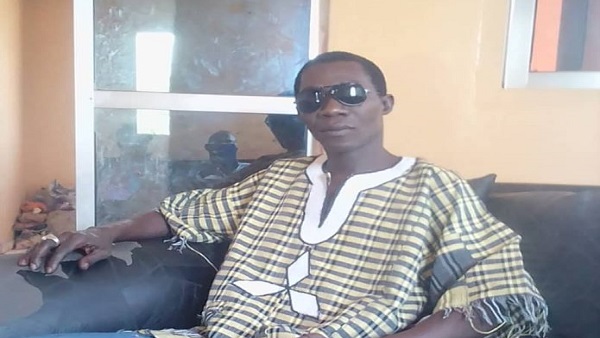 The Alkalo of Babylon Lamin B. Jarju has refuted a statement issued by the ministry of lands, declaring that Babylon is not recognized or registered as a village with the Government of The Gambia, as well as the alkalorship of Lamin Jarju himself.
This announcement was reportedly made on GRTS.

But speaking to The Standard Saturday at his residence, Jarju said: “I want to make it very clear to the general public that Babylon is a well recognized village and it has been existing since 1901 and registered in 1915. Currently, it has 11 clans (Kabilolu).The founder is my grandfather Mamudou Jarju. We did not acquire this village illegally, we have all the authentic documents.”

The Alkalo further claimed that since the inception of his village they have been paying their rates to the Government, until 2008 when a fire incident occurred in the village and other satellite villages, and as result of which they could not pay the rates.
“We were visited here by the current paramount chief Momodou Bojang who came here and asked us to pay the rates of 2018 and we agreed to pay for 2018 and our first payment to Brikama Area Council amounted to D146, 788, and this money was paid to the chief who transmitted it to the Council,” Alkalo Jarjue said.

He went: “So when we heard this press release from the ministry of lands, we were surprised. I did not accept it as I have all the authentic documents. We have gone through a lot of suffering over this nature even though we have all the legal and uncontested proofs. There should be changes for us now, because we are citizens and we have the rights to defend ourselves from those allegations.”

Jarju said in 2006 under Jammeh’s regime he was arrested and taken to court and charged with impersonation, obtaining money by false pretense among others. “But in the end I was acquitted and discharged, because they had no evidence against me,”Jarju noted.
He recalled that a similar press release was issued in 2016 but later they could not prove it because they have no evidence against him.

“Ever since the current release was aired we have not received any communication from the ministry of Lands and when we went to enquire we were told that they recognize Babylon but not my Alkaloship,” he said.

Jarju maintained that his family are founders of the village and he inherited the Alkaloship from his father Solo Jarju with the endorsement of the villagers. He said his father used to give lands to people for farming, but that does not mean they own the land.