Am I dumb if I can’t read or write? 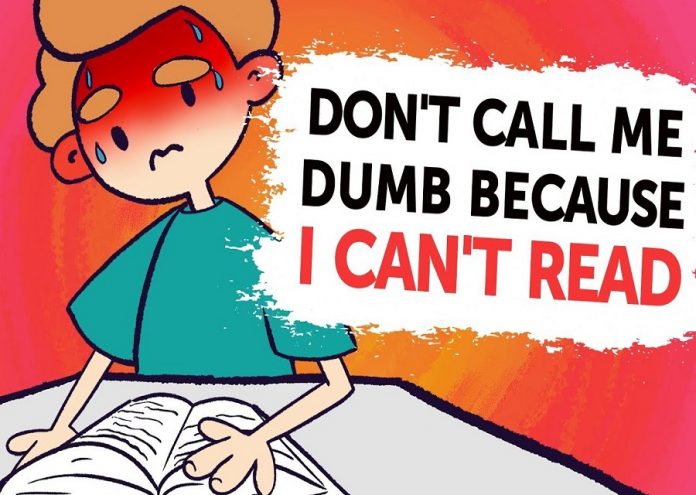 The early Greek alphabet was used as an accounting system. Prose and poetry as we know them today did not exist in a written form.

The only thing written were entries about who owed who how much, or what weight a specific load of grain was.

It was all kept by officials to record financial transactions and, presumably, keep track of taxes.

The elites of a society received training in this financial record keeping system. If you knew the system, you had an edge over those you traded with.

And if somebody had an edge, sooner or later they would take advantage of it in an unethical way.

In essence, it was a way to oppress those who did not understand the system.

Later, the alphabet grew and the written word was used for laws, history, research, all the things we now sum up as knowledge.

But again, only the elites of a society who had the time and opportunity to learn how to read and write could access this knowledge.

There was no effort to train the rest of society on how to read because, from the elites perspective, there was no advantage in empowering them this way.

So again, literacy could be used as a tool of oppression.

This phenomenom keeps on repeating itself through the history, and I wonder if our current government in the Gambia is aware of this? If the awareness is hidden behind silence and/or excuses that there is no money for developing the education system in the country?
It is well known that in every colonized country the colonizors didn’t want the natives to get the same quality on their education as the colonizor’s children.

Imagine what would happen if the natives suddenly could read and write as the colonizors? What if the natives began to question their situation because they had heard that people live differently in the country the colonizors originally came from? What if it wasnt possible to rule people in fear anymore, fear for the foreign laws, for the religion and so on?
Well, the Gambia is no longer a colony and it is said to be a democracy since 2,5 years back so what have we learnt from the history? Not much, as it seems considering the poor quality of the education in the Gambia.

I am following the political debate as much as I can, but it seems for me that politicians are more occupied with accusing each other for this and that instead of rolling up their sleeves and get to work.

Here in Sweden we often compare a low level political debate with children playing in the sand. These kids fight about the toys, the buckets and the spades.

They accuse each other for this and that, they hit each other with the spades instead of taking turns and play nicely. We call it ”Sand pit manners” and I find the description fitting.

There is a common tendency among people to mistrust politicians, I know that from my own experience.

There are good and honest politicians, of course, as well as bad and sometimes corrupt ones. The problem in the Gambia, as well as in many other African countries, is that there is a reason for why people mistrust politicians.

If there is a true and honest will to change that conception, our leaders must strive to be rolemodels and also communicate with people.

It is not only a matter of traveling around in the country, especially not as our president does with his huge entourage.

At these occasions common people never get close enough to make themselves heard. The president should be interested in all citizens of the Gambia, don’t you think so? He is surrounded by back paters, flag wavers, big-smilers-who-hope-to-get-some-benefits-if-they-always-agree and so on.

Is he sure to get the truthful answers and the correct picture from them? It is better to listen to those who don’t like you because they dare to tell you the truth right in your face.

It can feel unpleasant, but life is many times like that and so why should you be protected from this? A president is not only there for his party members and his bought fan-club, a president has a huge obligation towards all citizens of the Gambia.

Communicate with your people, demand your ministers to do the same.

Show that you have a true and honest will to do your best for your country and we will respect you.

Don’t confuse the big smiles and the back pats with respect, respect is what is left when times get bad.

In these times you might not be able to hand out benefits to your fans as candy to kids.

You must trust that they will follow you anyway, that you have shown yourself being a good and trustworthy leader.

There are many reasons for why the level of literacy is so low in the Gambia. Some blame the teachers, and that can be one part of the problem but it’s not the largest part.

I am sure that most teachers try to do their best, but it is not easy to be inspired and hold good lessons when the circumstances are against you.

The classes are large and the classrooms are poorly equipped.

Most teachers are not payed a decent salary, they have to provide for their families but also stretch the money to buy school material when they don’t get enough from the school. The pupils are struggling, trying to learn as much as they can when they still have problems to deal with.

I can give you a check list and I am sure that you recognize some of the issues from your own childhood:
· hunger
· sickness
· poor eye sight
· fear for the teacher
· no money for school books
· violence in the home
· alcohol or drug abuse in the home
· no one who loves and cares about the child
· long walk to school; tired before school day even started
That was only some of the issues our school kids have to deal with, I am sure you can add some more to it. Hunger, sickness and the other points on my list lead to consequences that I am certain you can figure out by yourself.

Poor eye sight can lead to severe head ache, but also that the child can be accused for being stupid. When the child can’t see what is written on the black board, it can’t understand what the teacher is talking about.

Not everything can be memorized by hearing it, you need to write it down too. If the teachers had smaller classes and was able to get to know his or her pupils better it would be possible to find solutions for the problem.

Eye glasses are expensive, but the pupil can be placed closer to the black board and that will help a little.

There are aid organizations who travel around the world to help kids with their eye sight.
In Sweden we have a large chain of stores called Synoptik, they sell eye glasses and contact lenses. This chain has through its customers been collecting second-hand eye glasses and donated these to Opticians without borders.

I found this information on a website called www.myguide2stockholm.com and I quote from the website:
”Poor eyesight is a major problem for millions of people worldwide. Through Opticians without borders we can make a big difference, especially for all the children who comes behind in school because they can not see good enough. For them, a pair of glasses provide a better opportunity for education and a way out of poverty, says Lottie Funck Ekelund, marketing director of the Synoptics.”

When a person struggles with reading, the social impacts are profound. A person who is unable to read may have low self-esteem or feel emotions such as shame, fear, and powerlessness. Students who struggle with literacy feel excluded from academia, avoid situations where they may be discovered or find themselves unable to fully participate in society or government.

Literacy touches all areas of life, fundamentally shaping how we learn, work, and socialize.

Literacy is essential to informed decision-making, personal empowerment, and community engagement. Communication and connection are the basis of who we are and how we live together and interact with the world.

A person who cannot read struggles to know their rights, to vote, to find work, to pay bills and to secure housing.

All told, this complex struggle spirals outward, impacting future generations and our society.

Illiteracy impacts an individual’s opportunities to fully participate in a democratic society.
It doesn’t just have a negative effect on that person’s life, but on the overall health and well-being of our country.

Illiteracy often passes from generation to generation, regardless of whether children attend school.

Many children around the world attend school but do not learn to read, write, or calculate.

Many of these adults experienced such frustration as children that they deliberately avoid literacy-related activities in later life.

When they have children of their own, they tend to communicate (often non-verbally) their negative feelings towards literacy and schooling to their children.

This becomes a pattern that keeps on repeating itself through the generations.

As we have repeatedly hear our president mocking academics, when he himself is questioned for his low level of education, I wonder if that is one reason for why there are no investments done in the education area of the Gambia? Is he trying to hide his ignorance by attacking others? Doesn’t he want others to improve or doesn’t he understand the necessity of improvement? Wouldn’t it instead be natural to wish something better for the coming generations than he was able to get? Are we going to raise new generations in a environment of ignorance? Where will this lead the Gambia? To be colonized again, but only by new masters? That would really be dumb, don’t you think?
When we disrupt the cycle of poverty and illiteracy, children are better able to overcome the limitations of the previous generation.

When individuals learn how to read, write, do basic math, and use computers, they have the power to lift themselves out of poverty, lower health care costs, find and keep sustainable employment, and ultimately change their lives.

Instead of getting aggressive when the question of the president’s education level comes up, it would be a perfect opportunity to reach out to the people.

It is obvious that this is a sore point for our president, but it doesn’t help to get angry.

He could share his story with us, speak out about his difficulties and how he over came them and people would feel that he is one of us.
That wouldn’t be dumb at all !

Walls are thick on an ivory tower