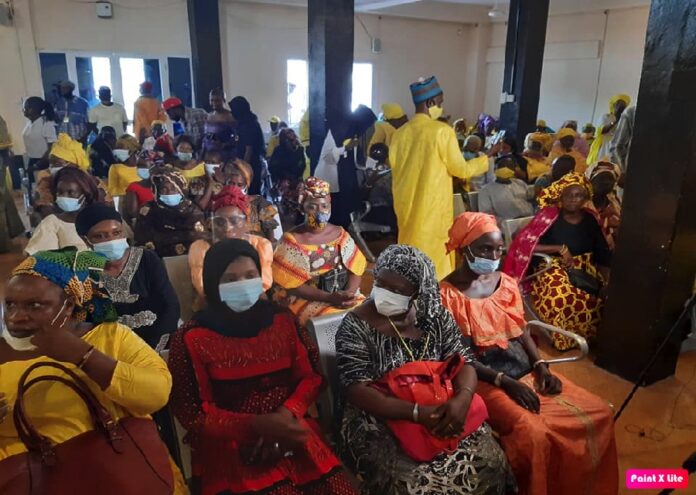 The United Democratic Party has been celebrating a rare event, with at least 25 women claiming to be supporters of arch rival APRC arrived at their bureau in Manjai to declare support for the yellow camp.

The two parties fought a 22-year battle on the political field with the UDP, along with a coalition of others managing to unseat Jammeh in 2016.  The two parties have never actually agreed on anything even after the fall of Jammeh and the APRC from power. So the defection came as some sort of excitement for the UDP whose online media platform gave it a live coverage.

The cross carpetters, most if not all of them women, are said to be from the five constituencies of Foni, a hot base for the APRC.  They were given a befitting welcome by party officials and ordinary members at a ceremony held at the bureau.