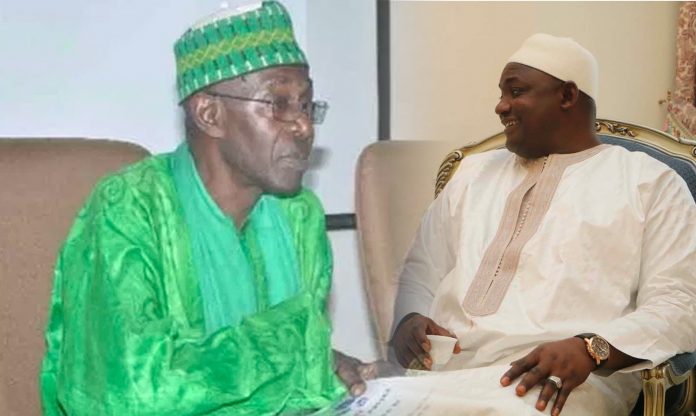 The leader of the opposition Alliance for Patriotic Reorientation and Construction has warned that the former ruling party will be left with no option but to take the government to court if they fail in their final attempt to get back the party and former President Yahya Jammeh’s seized assets.

“We are preparing a petition to government, UN, Ecowas, EU, AU, embassies, human rights commission and all the relevant institutions as our final attempt to regain our assets. We will demand that they push government to react to this situation or else we will be forced to take legal actions,” Fabakary Tombong Jatta told The Standard.
He said the final petition, which will contain all the party’s claims and demands will also be shared with the Gambia Press Union for onward delivery to all the country’s media houses for the purposes of transparency and accountability.

“We have had plans to resort to court for a long time but you know court fees are so expensive and sometimes it becomes a challenge for the weak to have justice even if you are right. However, if our final attempt fails to attract government’s attention, we will be left with no option but to take them to court. We want to give our courts a trial but if we don’t have justice, we will go to the Ecowas court to seek justice,” he said.

The former majority leader said he cannot understand how the Barrow government could within 3 months give brand new pickups to each political leader in the Coalition and donate 57 more to the National Assembly and still claims that the APRC government that ruled for 22years could not justly afford just 5 pick-ups.

“I think it is too much. As I said we are making our last attempt about that. We will demand that they tell Gambians who they sold the party and Jammeh’s properties to and how much they were sold because there are rumours that some of Jammeh’s vehicles and bulls were sold to former and current ministers and senior government officials at giveaway prices. That’s the height of dishonesty one could expect from a government,” he said.
He further alleged that clandestine groups of people were given the authority to sell former president Jammeh’s properties.

“That is wrong. We would have expected that the AMRC would be given the responsibility to manage these assets and not individuals. But what really baffles me is that our so-called human rights activists and journalists are not even bothered to talk about these things. What is happening?”

He said what is even more worrying is that the government’s White Paper has not mentioned the APRC vehicles that were seized.
“We believe that if our vehicles were seized and investigated at the end of the investigation, the government should be able to make a report,” he added.

Haruna Jatta
Commenting on the case of Haruna Jatta, an APRC supporter killed in demonstrations at Kanilai, FTJ contended: “With regard to Haruna Jatta, we have written a petition to the government but until today they have not acted on our request. What we would have expected the government to do is to acknowledge that a Gambian has lost his life through negligence and investigate the circumstances that led to his death or at least make efforts to meet his family.But to date, I have not heard of any government official who went to Kanilai to pay homage to the family of Haruna Jatta and remember Ismael Tamba was also shot there and nothing came out of it. It looks like anything that happens to APRC is good. We are not part of the system and so we are not protected by the law,” he queried.