Are we poor and/or mismanaged? What the numbers tell us about Jawara, Yahya and now Barrow 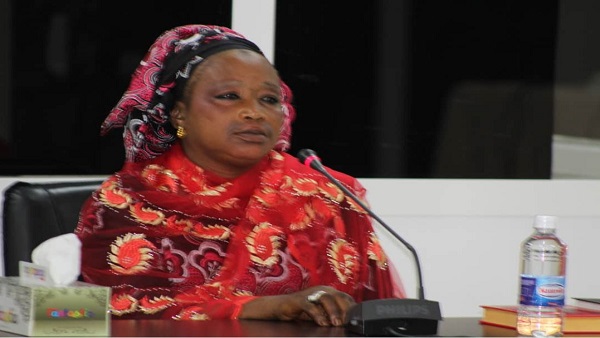 Oral narrators told us our people jubilantly dance out days and nights to the prospect of self-determination. Although many may not fully understand the fundamentals of a modern nation-state they were nonetheless enthuse of the prospect of [freedom]. Over half-a-century later many Gambians wish we remained under Queen of UK to what we got from Jawara, Dr. Yahya and Dr. Barrow.

The promises of modern nation-state have since evaporated under the greed and incompetent of our own’s. Of all of human race in this 21st century an average Gambian is expected to live the shortest – 58.5 years (WHO April 2011). Only 2% live to 65 and over. Infant mortality rate (IMR) stand at 75 dead per 1000 birth in 2003 – this is of course those counted. Be advise most births in The Gambia still occur outside of venues they could be counted. Also, IMR doesn’t necessarily mean dead at point of delivery but within a defined period.

From early 1960s to 2000s all (or most) of these factors have wrong trajectory. There was/is NO COHERENT NATIONAL POLICY(IES) GOAL(S) that match the potential of these resources to the short, medium and long-term needs/wants of our people.

We briefly examine few:
Population: Our governments failed to properly account for our people. No Birth Register. No Dead Register. No Register on Immigration/Naturalization. Etcetera! Since 1965 our population has quadrupled. This may or may not be good. There has to be a national plan that matches the human capital to other resources and goals. Setting up such national goal(s) will inform desired growth rate. This is different from calling upon proficient English Language writers to cobble together a wish list that neither matches our goals nor resources available to implement.

Population density is the number of people living in a given unit of area. Gambia registered an average density of 177 people/square km (WB 2010). However, 55% of Gambia’s population reportedly lives from Brikama to Banjul – less than ¼ (quarter) of Gambia. This has resulted to congestion in those areas with increasing environmental issues, petty crimes, rotten infestation, spreading communicable diseases such as mosquito infestation, inability to manage refuse/domestic waste, no space for public facilities such as burial-grounds/cemeteries, markets, parks, etc. On the other hand, arable lands are left unused/fallow elsewhere.

More Gambians are educated and skilled than in the 1960s. Has this increase in quality in our human resource correspondingly advanced our national goals? Hard to tell! Many educated men/women rely on the public sector for employment. Only some fraction of 1% has a viable independent profitable enterprise. Good fraction of those enterprises relies on governmental contracts to make ends meet. Government employees prefer maintaining the status quo than changes for improvement. They/We neither grow accountabilities of public processes/procedures nor democratic institutions. They instead compounded central control, corruption and mediocre. For instance, Mr. Amadou Sanneh, Dr. Barrow’s 1st Finance/Economic Affairs Minister, at his 2018 Revised Budget presentation in June 2018 claimed to have reduced National Debt by 80%. So, what’s going on with Mr. Sanneh. May he didn’t know what is National Debt. It’s hard for me to believe that because I understood he’s an Accountant. If he knows National Debt, then he’s lying or deceptively reporting in an attempt to show they’re better than Yahya. What else can I say? Or was he drunk or high on some other drug? Mr. Sanneh’s Revised 2018 Budget reduced the estimated Yahya budget deficit by 80% (from D4.77b to D0.96b). The 2 (national debt and budget deficit) are completely different. National debt can ONLY be reduced by paying-off, write-off and/or interest/exchange rates fluctuation. Budget deficit on the other hand is the amount intended to be spent above estimated revenue/cash in hand. Our national debt is estimated at D60-75b (above 130%) of our GDP. Budget deficit spending financed with loan(s) and outstanding at year end adds to the national debt. In short national debt is aggregate of outstanding deficit spending’s financed through loan(s).

Gambia’s waters: Of the 1300 square kilometer water surface between ¼ and ½ are fresh for at least ¾ of the year. This resource is not managed for any purpose – irrigation, transportation, research, etc. to seriously improve life of Gambians. Few communities in Central River Region rely on tidal flow to cultivate rice twice in a year. Mechanize irrigation at Jahali-Pacharr and janjanbureh areas weren’t successful. Because of lack of empirical (scientific research) we don’t know what would be the effect of large-scale drawing of fresh water. Some observers are concern it might encourage inflow of salt water further upstream. With all these waters plus a 50 miles Atlantic coastline Gambia is in short supply for domestic, agriculture and industrial purposes. Everyday NAWEC would shut-off water for hours. This has both negative health and economic implications
We have no accurate measure of rainfall. Basic but so very important for agriculture. No forecasting when rain starts and/or end. No accurate forecasting of other elements of climate. Yet Gambia government spends over a billion Dalasis/year (about a tenth of national revenue) at the Ministry of Agriculture. Our cash strap nation shouldn’t continue to throw good money (tax money) at a ministry/department that does not materially support our farming population. The point is we cannot have Ministries/Departments because other governments do if they’re of no material use to us.

Forests/Woodlands/Savannah Grasslands: Forest management has significantly improved with technical and financial support from Germany. Baseline information vital for management established. Silviculturally, we’ve now settled on natural regeneration and maintenance of the natural vegetation as opposed to replacing entire stands with Gmelina or some exotic species. We continued to use Gmelina as buffers on demarcation lines to suppress grass, hence deter fire. This is completely different from the earlier decision to clear Nyambai Forest Park for Gmelina – supposedly because of its faster growth rate. Big mistake! Even if we don’t have empirical facts we can assume that has come with great loss of ecological balance and biodiversity. Regardless of these efforts demand for forest resources from our quadrupled population exceeded supply. We cannot in the very near future meet our people’s basic needs for firewood and other forest products. Sadly, like other issues, there are no national plans for realistic alternatives to alleviate pressure. The Community Forest Management Approach appears promising but we need time to ascertain its real outcome/impact. Nonetheless, unless reasonable substitutes/alternatives are available no current approach is our future.

Here’s what Sir Dawada Kairaba Jawara said in 1977 at the famous The Banjul Declaration at Sunwing Hotel. Very sweet words!
“It is a sobering reflection that in a relatively short period of our history most of our larger wildlife species have disappeared together with much of the original forest cover. The survival of the wildlife still remaining with us and the setting aside of protected natural habitats for them is the concern of all of us.
It would be tragic if this priceless natural heritage, the product of millions of years of evolution, should be further endangered or lost for want of proper concern. This concern is a day duty we owe to ourselves, to our great African heritage and to the world.
Thus, I solemnly declare that my Government pledges its untiring efforts to conserve for now and posterity as wide a spectrum as possible of our remaining fauna and flora.”
Ever since, the following were declared National Park:

Abuko Nature Reserve was the only National Park before then, established in 1916 with an estimated area of 105 ha. Management is essentially inspection to keep people out of these areas. That’s an impossibility where demand far exceeds supply. The result is corruption.
Arable lands: We’ve turned ALL of these resources into settlements in the urban areas and are left fallow in the country. We are losing the value of this precious resource at both ends. Failures of public policies (or lack thereof) such as centralization precipitated rural-urban drift in chase of the so-called better-living. The core of this problem is centered at no democratic governance across our land. The current so-called local governments are simply political operatives for the Pharaoh at Banjul. Younger Gambians should know the economic vibrancies of places like Kaur, Kuntaur, Janjanbureh/Georgetown, Kerewan, etc. compared to their ghostly/sleepy nature at present. It would be beneficial social scientists at University of The Gambia (UTG) and their student academically explore rather than conferring unworthy degrees to unworthy candidates. We’re slowly killing ourselves and nobody seems to care.

Animal husbandry should have been a good component of our economic growth. Animals and animal products are an important component of our food and the food chain. They are also of religious and cultural significant to the largely Muslim population. Besides every day food needs, the over 80% Muslim families (133,334 families on average) could need ram, cattle, goat, etc. for Tobaski, christening (naming a new born) and/or other cultural (or rituals) functions such as circumcision each year. Poultry are mainly for food but also command significant cultural/ritual purposes. There is demand definitely demand so why is the insignificant supply? Over 70% of Tobaski (Eid al-Adha) ram are imported from Senegal, Mauritania and Mali. We do not expect (or ask) government to establish ram-fattening pens (not a role for a democratic government) but there are many policy prescriptions to encourages/facilitates them including credit/micro-finance, preservation, marketing, etc. In The Gambia the biggest policy would be to incentivize our population stay at their home villages and towns by equitably sharing the national resources that they seem to be chasing at the urban areas. The increase in local activities will expand the economy. The real-property developments will not only increase value but also generate additional tax revenue for reinvestment. This somewhat even dispersal of our population across our land will not only be environmentally advantageous but would also spur somewhat even development.

Topography: Gambia is generally flat with the highest elevation estimated a little over 70m above sea level. This is helpful to peanut cultivation and livestock grazing. Removal of vegetation has encouraged washing away of fertile topsoil in the uplands and sedimentation at riverine lowlands. The result is lowering productivity at both ends. The current and only remedy is application of N (nitrogen) P (phosphorous) K (potassium) compound. Nobody cares the possible effects of this compound on our waters. Who knows what Lowland Agricultural Development Program (LADEP) has done besides spending the funds on big Nissan Patrols and Dell Desktop computers?
To be continued