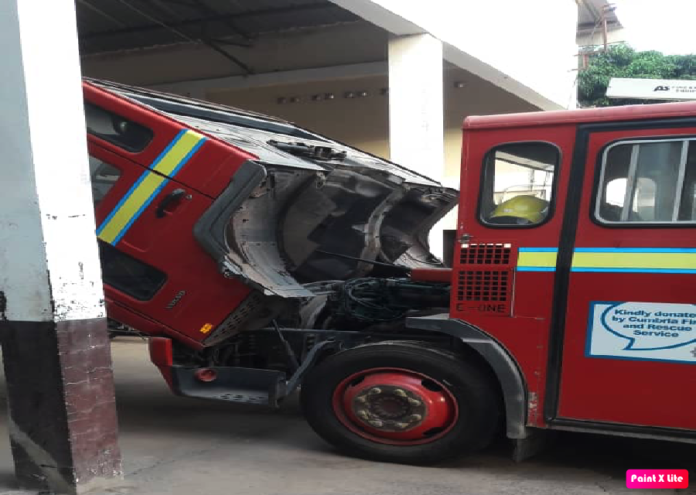 Fire fighters stationed at Bakau and Kotu are without fire and emergency response trucks for sometime now, The Standard can independently confirm.

“When we are called to reports of fire in Bakau, Kotu and their surroundings, we refer the callers to the Serekunda Fire Station because none of our vehicles here is operating,” a dismayed firefighter told The Standard.

“We are quite disturbed and disappointed by our inability to respond and the pain and the anguish it has put us through is unacceptable,” he added.

The Kotu fire station vehicle, donated by Cumbria in the United Kingdom, has been out of service for months now.

Bakau has only one functioning ambulance, which has since been moved to Brikama Fire and Rescue Station because of Brikama’s large catchment.

During our visit, a volunteer from Cumbria was seen working on the out-of-service truck in Kotu.

When contacted on the matter, the spokesperson for the Fire and Rescue Services, Pateh Gibba confirmed that operations at the two stations have been dormant over the past month due to the precarious situation of its fire tenders, which has hampered emergency responses in the area.

“Just this Saturday our men (fire fighters) came under a violent attack in Tobokoto because the residents felt our men were naïve in responding to their reported fire incident which was not the case because it found them in the middle of another operation which they had to finish and rush to the other side.  So, it is very difficult and we are running a very difficult errand,” he lamented.

Gibba further disclosed that the entire Greater Banjul Area has only one functioning fire ambulance which is stationed at the Serekunda station, serving both Bakau and Kotu.

“We all know the fire department is making use of secondhand appliances [vehicles] and these are not appliances that can do the job of fire fighting and humanitarian services effectively.  We have about 12 secondhand vehicles from our partners in England but we will have to provide the shipping costs and the government will be giving us funds in that regard,” Gibba added.

Asked why the Bakau fire tender has been moved to Brikama, Gibba said it was an operational move to improvise for emergency responses in the West Coast Region.

Without this, he said, the WCR would only resort to Kanilai for emergency responses in the entire region.

ABOUT US
The Standard Newspaper brings the Latest News from the Gambia, Africa and the World. Get live news and latest stories from Politics, Business, Technology, Sports and more. The newspaper is published and printed by XL Standard Co. Ltd. located at Sait Matty Junction, Bakau. Telephone: +220 4496481. Email: [email protected]standard.gm
FOLLOW US
© 2020 The Standard Newspaper (The Gambia) - Site by DigiTech Solutions