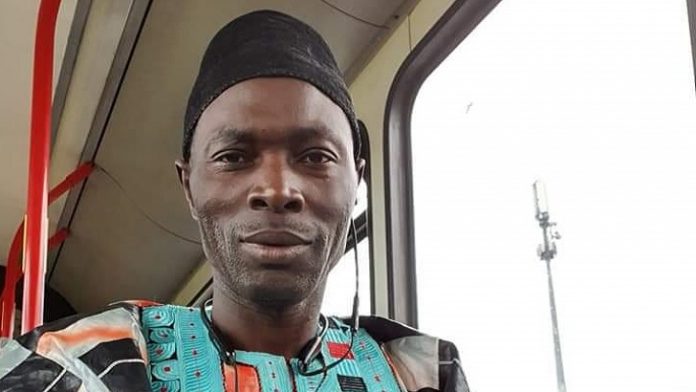 Bamba Mass, a protocol and welfare officer at The Gambia High Commission in London has denied the findings of an internal audit report that accused him of defrauding The Gambia Government £16,335 and said that instead, it is the government that is owing him £23,000 dues which it must settle without delay.

The audit conducted by a mission of the Internal Audit Directorate for The Gambia High Commission in London accused Mr Mass of falsifying rental contractual documents, overstating rent payments, issuing fake invoices and receipts and subletting his diplomatic house to women based in the UK.

The Standard is in receipt of a copy of a memo issued by Mr Mass refuting the allegations.
Mr Mass, a key figure in the anti-Jammeh struggle, explained: “I refute all the points the internal auditor made against me and I have amply demonstrated that by reference to the FSR, the Financial Regulation and the relevant Internal Audit best practice.”
He said the report of the audit was never brought to his attention by the mission as per audit regulations “raising suspicious intent of purpose”.

“To my shock and surprise, after the media publication, I wrote a memo to the head of mission requesting a full copy of the report for me to have a look and prepare my response but I was not given any satisfactory or meaningful response.”

Mass continued: “The audit was based on connection [sic] and conspiracy and not professionally conducted. I was even more surprised with the management response. I cannot remember when this office had ever found me to have done anything wrong apart from when Mohamadou Manjang, director of the SSHFC had that issue with his staff and I made an audio in support of Manjang. That was when I was written to by then deputy head of mission that I shouldn’t have made my feeling known publicly as I am now a diplomat. So to read that this report had in fact reached this office and a response was made surprised me to the core”.

He said the positive outcome of the audit was that he found that he was not paid his dues upon joining to the tune of £22,900 and one month rent.
“Hence, I am owed nearly £23,900 and I will follow-up the due process to claim my rightful dues. This doesn’t include other internal dues like transport fares I paid to receive visitors at airports, and visiting the sick and vulnerable Gambians, some of whom are at mental facilities needing the services of the High Commission regularly. I am yet to tabulate the total amount but will surely do and send it for payments,” he said.

He adduced that audits should not be used as witch-hunts to settle personal scores or vested interest at the expense of government, “I recommend that going forward; the Internal Audit Directorate prepares their audit missions professionally and conduct the audit in line with the dictates of the profession.”

“I therefore demand the report on social media be withdrawn by the Internal Audit Directorate or whoever must have sent it there within the department forthwith otherwise, I would be forced to share my story with the same social media outlets to clear what I considered as an affront on my character, reputation and integrity,” he added.