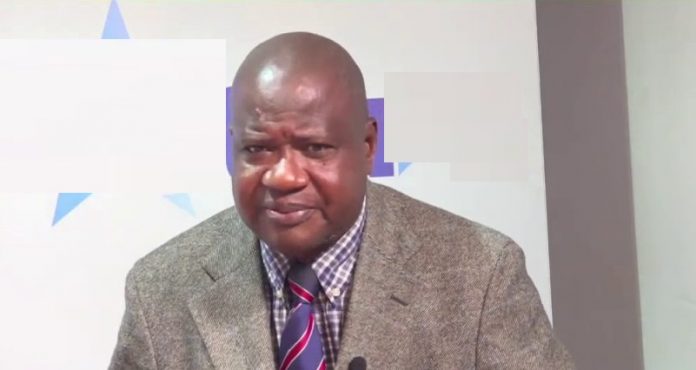 President Adama Barrow’s deputy youth adviser has come to his defense, after opposition politicians and many other Gambians accused him of masterminding the rejection of the draft constitution.

When the draft was being debated, President Barrow’s sympathizers in the assembly said they would not vote for a document that will bar him from contesting for two more terms, contrary to the provision which said he can only contest in 2021.  This position was shared by the president’s own cabinet, who said in their position paper to the CRC, that the proposed commencement of term limit discriminates Barrow.  The leader of the UDP, Ousainu Darboe accused the president of being behind the rejection.

However, speaking to The Standard yesterday Saihou Mballow, adviser and influential key confidant of the president, said: “Barrow is totally innocent in this because he has done what he is supposed to do and that was to establish a commission who did their consultations with Gambians and it was submitted to the Assembly who rejected it. There are no NPP National Assembly Members because all those in the assembly are either Independent, PDOIS, APRC, UDP, GDC, PPP or NRP. So it would be very unfair for anyone to think that Barrow has a hand in it.  He never intervened. He established the commission and asked his minister to submit it to the Assembly and that is the right thing to do.”

Mballow argued that President Barrow was further vindicated by the fact that, even his main opposition parties in parliament like the APRC and GDC, have voted against the draft.

Responding to Ousainu Darboe who called on Barrow’s cabinet to resign over the rejection of the draft, Mballow said he was not surprised that the UDP leader was bitterly dismayed because the draft was “tailor made to suit his political agenda.”  “Mr. Darboe was very disappointed because this draft constitution that has just died at the National Assembly was meant to satisfy his political ambition, that is why Gambian people decided to reject it and these are good Gambians who consulted their representatives in parliament not to support it,” he added

Mballow further charged that Section 94 sub section 2 (C) of the draft constitution, which deals with disqualification for election as a president, favours Darboe as opposed to the 1997 constitution.

“The 1997 constitution states that anyone who is criminally convicted cannot qualify to contest elections, but this draft, which was rejected, is saying that this does not apply if the conviction has been overturned, appealed or pardoned. I have nothing personally against Ousainu Darboe but I do not know of any presidential aspirant in The Gambia who was convicted criminally and pardoned by the president other than him which is why he was trying for this constitution to be passed because he appealed this at the High Court and also at the Ecowas Court but it failed,”  Mballow said.

According to Mballow, the draft constitution was rejected based on the response from Gambian people who saw certain sections of it as opposing to their interests and aspirations.

“I think the 1997 constitution could have been reasonably amended to suit the interest and aspirations of the Gambian people rather than bringing a new constitution, which if you look at certain sections like that on citizenship, is even discriminatory. How can someone be born on Gambian soil and yet be deprived of citizenship just because his or her parents are not Gambians?” he asked.