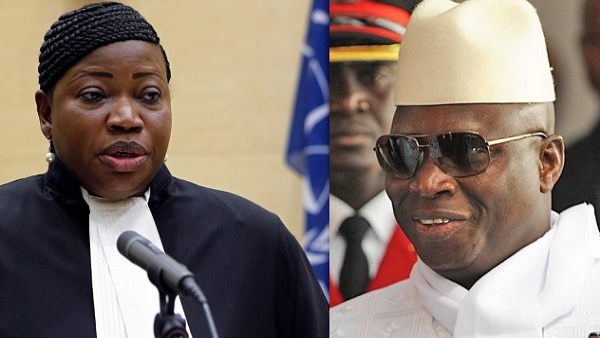 Fatoumatta Bensouda, the Gambian Chief Prosecutor at the international court of justice, ICC, has rubbished claims she failed to investigate crimes against humanity in The Gambia because the Jammeh administration supported her candidature in the build-up to the election for the ICC job.

Bensouda, who made this clarification during an engagement with a group of West African journalists who visited the ICC last week, said she will never be shy or afraid to investigate and prosecute crimes against humanity wherever they are committed by actors as long as they fall within her jurisdiction.

“I, being Gambian, will not stop me from taking action against crimes committed there or indeed anywhere provided they fall within my jurisdiction and where the state is not willing to investigate the alleged crimes within its own territory,” she said.
She added: “You know people say different things all the times. They always try to explain my actions as something personal or something political or they try to explain why I act, but I act based on the Rome Statute. This is what I do. Those making the allegations in the first instance should know how the election of a prosecutor takes place. This is important to know”.

Bensouda disclosed that she was elected by over 120 countries with all of them represented at the election and prior to that she was also elected for the position of deputy prosecutor. She said she therefore did not need or made to require recommendation of any country.

“Candidates apply themselves and the voting takes place by the countries (120 State parties). Yes, it is true that you can have the support of your government by saying that we have endorsed the candidate. But I also had the support of the African Union too and this has not stopped me from doing my work. So, they are saying something that they don’t know anything about or they accused me because they wanted to see me go to Gambia and pick Yahya Jammeh and bring him here. It does not work that way,” she concluded.