Celebrate the special Eid-al-Adha in fighting against COVID-19 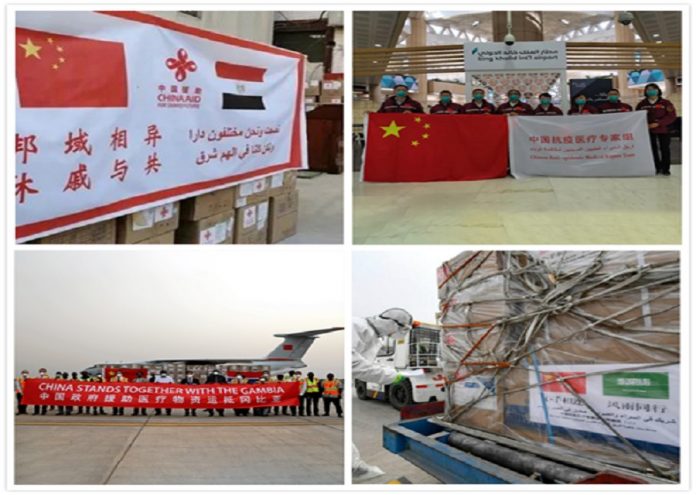 By H.E. MA Jianchun, Chinese
Ambassador to The Gambia

In a few days, Muslim friends in The Gambia will join Muslims around the world for the feast of Eid-al-Adha, which is better known locally as Tobaski. On behalf of the Chinese Embassy and in my own capacity, I would like to wish all Gambian Muslims a joyous and blessed Eid celebration.

It could be recalled that at the most difficult time of China’s battle against the coronavirus, leaders of Islamic countries expressed strong political support for usin forms of phone conversations and letters, etc. The Organization of Islamic Cooperation issued a statement specifically voicing support on China’s anti-epidemic efforts. Islamic countries also donated masks, face shields, protective clothing and many other urgently needed medical supplies to China. All these actions out of goodness and friendship are kept in mind by the Chinese people.

The Chinese side also stands with Islamic countries struck by the epidemic. Chinese President Xi Jinping expressed the firm willingness to stand and overcome hardships with his counterparts of many Islamic countries through phone calls and letters.
China’s central and local governments, business sectors, NGOs and individuals have been actively participating in a lot of aid operations to Islamic countries. Overcoming difficulties arising from severely blocked international air routes, the Chinese side managed to sendmany charter flights via various channels to deliver anti-epidemic materials to needed countries in a timely manner.

In addition, China also unreservedly shared her experience on coronavirus containment and treatment. Since February 20, through experts video conferences, much mature and effective experience of China in various fields such as epidemic prevention, detection and treatment were offered to Islamic countries in Africa, ASEAN, Eurasia, South and West Asia, Central and East Europe and Latin America.

In the first six months of 2020, China held 114 video conferences of health experts with 53 Islamic countries, and sent medical expert teams consisting of 193 Chinese experts to 17 Islamic countries with urgent needs. People from all walks of life in Islamic countries expressed their thanks and appreciation to China’s giving a helping hand very timely.
China has been carrying out cooperation on COVID-19 vaccine with some Islamic countries in a bid to jointly win the final victory of the fight against coronavirus. In his statement at the virtual event of the opening of the 73rdWorld Health Assembly, Chinese President Xi Jinping announced that COVID-19 vaccine development and deployment in China, when available, will be made a global public good. This should be China’s contribution to ensuring vaccine accessibility and affordability in developing countries. The Chinese side is taking concrete actions to implement the relevant measures announced by President Xi Jinping.

There will be a day when the outbreak is over. Having post-epidemic era in mind, China would further strengthen cooperation with Islamic countries especially on improving respective public health security governance system, supporting the WHOin continuing to lead global anti-epidemic cooperation, and promoting global public health governance. China and The Gambia are good friends and mutually reliable partners bearing common development missions and similar challenges. The friendship between our two countries roots deeply in history and the peoples. I firmly believe that China-Gambia friendship will gain new strengths amid joint battle against the epidemic, more vigorous and robust bilateral relationship will be fostered.

Congratulatory message to Her Excellency Dr Isatou Touray, new Vice President of the Republic of The Gambia