Celebrating International World No Tobacco Day on 31 May 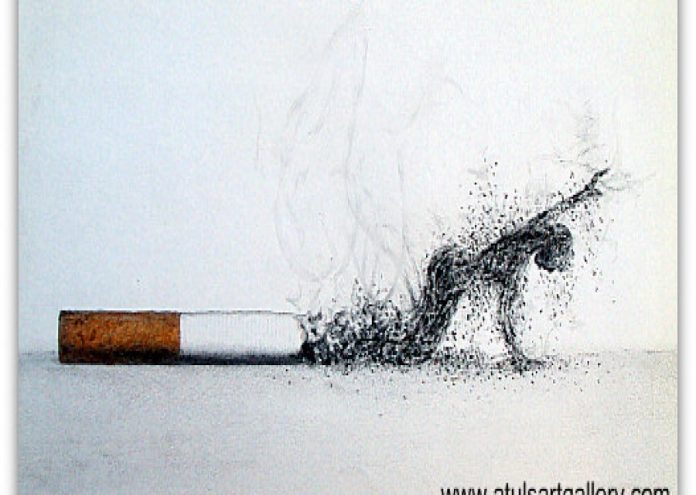 Tobacco and heart disease
World No Tobacco Day (WNTD) is observed around the world every year on 31 May. It is intended to encourage a 24-hour period of abstinence from all forms of tobacco consumption around the globe. The day is further intended to draw attention to the widespread prevalence of tobacco use and to negative health effects, which currently lead to nearly 6 million deaths each year worldwide, including 600,000 of which is the result of non-smokers being exposed to second-hand smoke. The member states of the World Health Organisation created World No Tobacco Day (WNTD) in 1987. In the past 21 years, the day has been met with both enthusiasm and resistance around the globe from governments, public health organisations, smokers, growers, and the tobacco industry.
Every year, in May, WHO and partners mark WNTD, highlighting the health and other risks associated with tobacco use, and advocating for effective policies to reduce tobacco consumption.

The theme of WNTD 2018 is “Tobacco and Heart Disease.” The campaign will increase awareness on the:
link between tobacco and heart and other cardiovascular diseases (CVD), including stroke, which combined are the world’s leading causes of death;
Feasible actions and measures that key audiences, including governments and the public, can take to reduce the risks to heart health posed by tobacco.
WNTD 2018 coincides with a range of global initiatives and opportunities aimed at addressing the tobacco epidemic and its impact of public health, particularly in causing the death and suffering of millions of people globally. These actions include the WHO-supported Global Hearts and RESOLVE initiatives, which aim to reduce cardiovascular disease deaths and improve care, and the third UN General Assembly High-level Meeting on the Prevention and Control of NCDs , being held in 2018.

How tobacco endangers
the heart of people worldwide
WNTD 2018 will focus on the impact tobacco has on the cardiovascular health of people worldwide.
Tobacco use is an important risk factor for the development of coronary heart disease, stroke, and peripheral vascular disease.
Despite the known harms of tobacco to heart health, and the availability of solutions to reduce related death and disease, knowledge among large sections of the public that tobacco is one of the leading causes of CVD is low.

Facts about tobacco, heart and other cardiovascular diseases
CVDs kill more people than any other cause of death worldwide, and tobacco use and second-hand smoke exposure contribute to approximately 12% of all heart disease deaths. Tobacco use is the second leading cause of CVD, after high blood pressure.
The global tobacco epidemic kills more than 7 million people each year, of which close to 900 000 are non-smokers dying from breathing second-hand smoke. Nearly 80% of the more than 1 billion smokers worldwide live in low- and middle-income countries, where the burden of tobacco-related illness and death is heaviest.

The WHO MPOWER measures are in line with the WHO Framework Convention on Tobacco Control (WHO FCTC) and can be used by governments to reduce tobacco use and protect people from NCDs. These measures include:
Monitor tobacco use and prevention policies;
Protect people from exposure to tobacco smoke by creating completely smoke-free indoor public places, workplaces and public transport;
Offer help to quit tobacco (cost-covered, population-wide support, including brief advice by health care providers and national toll-free quit lines);
Warn about the dangers of tobacco by implementing plain/standardized packaging, and/or large graphic health warnings on all tobacco packages, and implementing effective anti-tobacco mass media campaigns that inform the public about the harms tobacco use and second-hand smoke exposure.

Increase awareness within the broader public of the impact tobacco use and exposure to second-hand smoke have on cardiovascular health.
Provide opportunities for the public, governments and others to make commitments to promote heart health by protecting people from use of tobacco products.
Encourage countries to strengthen implementation of the proven MPOWER tobacco control measures contained in the WHO FCTC.

What is heart disease and stroke
Heart disease and stroke are cardiovascular (heart and blood vessel) diseases (CVDs).
Heart disease includes several types of heart conditions. The most common type in the United States is coronary heart disease (also known as coronary artery disease), which is narrowing of the blood vessels that carry blood to the heart. This can cause:
Chest pain
Heart attack (when blood flow to the heart becomes blocked and a section of the heart muscle is damaged or dies)
Heart failure (when the heart cannot pump enough blood and oxygen to support other organs)
Arrhythmia (when the heart beats too fast, too slow, or irregularly)
A stroke occurs when the blood supply to the brain is blocked or when a blood vessel in the brain bursts, causing brain tissue to die. Stroke can cause disability (such as paralysis, muscle weakness, trouble speaking, memory loss)8 or death.

How is smoking related to
heart disease and stroke
Smoking is a major cause of CVD and causes one of every three deaths from CVD. Smoking can:
Raise triglycerides (a type of fat in your blood)
Lower “good” cholesterol (HDL)
Make blood sticky and more likely to clot, which can block blood flow to the heart and brain
Damage cells that line the blood vessels
Increase the buildup of plaque (fat, cholesterol, calcium, and other substances) in blood vessels
Cause thickening and narrowing of blood vessels

Cholesterol: Manage your cholesterol.
Smoking: Quit smoking, or don’t start.
In addition to your ABCS, several lifestyle choices can help protect your heart and brain health. These include the following
Avoid breathing second-hand smoke.
Eat low-fat, low-salt foods most of the time and fresh fruits and vegetables.
Maintain a healthy we
Additional Resources
Brian, one of the 2016 Tips® campaign participants, had a heart attack at age 35. He learned how important it was to quit—and to stay quit. By doing so, he eventually qualified for and received a precious gift—a heart transplant.
For more information about the benefits of quitting, see the American Heart Association’s Web page entitled “Why Quit Smoking?” This page provides information about smoking and coronary heart disease, including:
The health consequences of smoking
The benefits of quitting
A calculator that computes the monthly and yearly cost of smoking
A smoking quiz that tests how much you know about the dangers of smoking

What physical side effects
are there when you quit smoking
Physical side effects of quitting smoking include short-term symptoms as a result of nicotine withdrawal, as well as long-term health benefits, Nicotine cravings, anxiety, depression, weight gain and increased feelings of anger and irritability are commonly reported by people experiencing nicotine withdrawal, reports the National Cancer Institute. Long-term physical benefits to quitting smoking include a regained sense of smell, improved ability to breathe during activity, and fading of the yellow color on teeth, notes the American Cancer Society.

What should you expect
when you quit smoking
A person goes through various stages upon quitting smoking, the first of which is accompanied by strong withdrawal symptoms, such as nicotine cravings, insomnia, anxiety, food cravings, drowsiness and irritability. These symptoms usually begin within the first few hours of quitting cigarettes and peak approximately three days into withdrawals
As the body experiences nicotine withdrawals, it also immediately begins to repair itself in the absence of the drug and the rest of the toxic chemicals contained within cigarettes.

During the first few days after quitting smoking, a person’s senses of taste and smell begin to return to normal and the risk of heart attack declines. Blood oxygen levels slowly return to normal as the carbon monoxide from past cigarettes clears out of the cardiovascular system. The body’s heart rate and blood pressure almost immediately return to a healthy range, and the circulatory systems begin to function more efficiently.

Approximately three weeks after quitting smoking, a person begins to breathe more clearly and is able to regain stamina during physical activities as the lungs regenerate. This is also the time when strong withdrawal symptoms begin to subside. As each new month passes, the body is better equipped to fight infections and the risk of heart disease.

The author Dr Hassan Azadeh is a senior lecturer at the University of The Gambia. He is a senior physician and clinical director at the Medicare Health Services. For further information on the topic, check out WHO and UN websites, or send an email to [email protected] or send text only to Dr Azadeh on working days between 3 to 6 pm. 2207774469/3063333

- Advertisement -
Share
Facebook
Twitter
Pinterest
WhatsApp
Previous articleWhy the CRC must eliminate the death penalty and others The facts against the death penalty from an Islamic and conscientious perspective
Next articleNSC orders Basketball Assoc. to hold AGM
Join The Conversation