Citizenship from birth: A misplaced priority 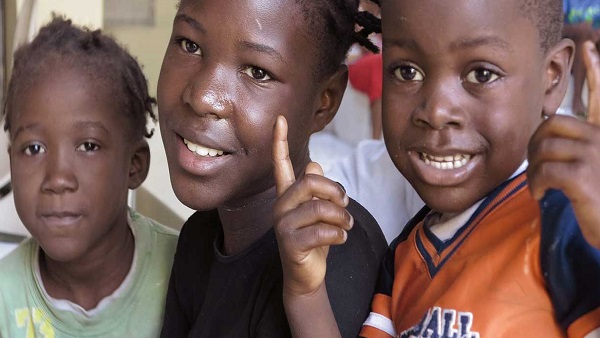 As the Constitutional Review Commission embarks on a nationwide consultation tour in a bid to produce an inclusive constitution, deliberations on what should be included, amended, or otherwise omitted in the new constitution have become the focus of debates. Although many provisions in the 1997 Constitution are being reviewed, perhaps it is the citizenship clauses that have garnered public attention as Gambians both off and online are developing divergent sights over whether an individual should obtain Gambian citizenship on the basis of his or her mother or father’s citizenship or whether an individual should have by right from birth rather than acquiring it as an adult or following any administrative process.

While the presence of such conflicting views on this particular issue is apparently triggered by a tendency to put emphasis on the right of a migrant child to nationality, such position seems to have unheeded other inherent rights of the Gambian citizens and the other related issues that continue to constitute pressing matters for the New Gambia and addressing which should be the core mandate of the new constitution.

Thus, proposing that a child born on Gambian soil should be automatically given Gambian citizenship regardless of the nationality of the parents is nothing but a misplaced priority as far as the current socio-economic and political situation of the country are concerned.
Generally, citizenship/nationality is commonly used in the social sciences in reference to different types of belonging to a political community and the rights that such belonging brings with it. Legally, citizenship in law is defined somewhat differently, where the legal bond between the state and the individual is at the core of its meaning. This bond provides the basis for other rights that states should guarantee for its citizens. This include, but not limited to, the right to decent living, the right to permanent residence within the state, the right to freedom of movement within the state, the right to vote and to be elected or appointed to public office, and the right of access to public services including education and health.

Accordingly, citizenship debates around the world are not confined to the emphasis on the rights of children of migrants to nationality; equally salient in the discussion are the rights of the citizens and their offspring vis-à-vis the state. It is because of this, a number of Western countries have reviewed their immigration and citizenship laws in the wake of the world economic crisis of 2008. As many of these countries were hit hard by unemployment and other economic turbulences, most of them addressed these emerging problems by cutting the flow of migrants into their countries and devising tough anti-migrant policies that make procedures towards gaining permanent residence as well as citizenship harder.

Such tough policies were informed by government’s sense of responsibility toward guaranteeing basic economic rights of their citizens. Since, and as many of these countries are yet fully recover from that economic crisis, strict migrant policies have become ubiquitous across the West. This has given prospect to many far-right parties to secure strong footholds in the political landscape of their respective countries as they continue to mobilise local support towards their policies that echo the concerns of the average citizens.

Since it became a modern state in 1965, The Gambia has been struggling to guarantee such basic rights for its tiny population. After more than 50 years of self-rule, higher unemployment rates remain a pressing issue to the government; deteriorated health care system has ensured that few have access to adequate health care while many die from treatable disease. Mass and sub-standard education have resulted in the pursuit of education unfruitful to many youths who continue to risk their lives through ‘back way’ in light of government’s inability to provide jobs. Despite the efforts of the various Gambian governments to address these pandemic problems, resources scarcity coupled with the rise of population and urbanisation continue to pose challenges to government to provide basic human rights that should be guarantee by states for its citizens.

Globally, these challenges are dictating many governments to reconsider their citizenship laws to be tougher in a bid to guarantee rights of their citizens relative to the rights of children of migrants to nationality. Hence, citizenship from birth is being entertained by few as it is only three rich and democratic countries (the US, Canada and Luxembourg) that give birth right to citizenship in the West. Pakistan remains the only Asian country with such a law, while only Tanzania, Chad, Guinea-Bissau and Lesotho have such laws in Africa.

Therefore, for The Gambia to consider such a right in the new constitution would only exacerbate its troubles in guaranteeing the rights of its citizens in the midst of the current birth rate and limited resources which are mismanaged and unequally distributed due to the existence of immature institutions to guarantee proper distribution of the limited available resources. As Gambia’s immediate neighbouring countries turn their back on such unlimited right to citizenship, it is time to critically ask what makes The Gambia an outlier and a unique country in the sub-region of West Africa to introduce such law? This is even more acute when one puts into the account the fact that such countries seem to be more stable economically and more established institutionally and administratively, compared to The Gambia, to address unintended consequences and economic and security implications of extending right birth to citizenship to foreigners in one’s country.

In view of the above, and further reflecting on the socio-politics situation of The Gambia, extra care should be exercised in treating the issue. This is truer when we bear in mind the social formation of the country, pattern of migration into The Gambia in terms of nationalities of migrants in the country and the interplay between politics and tribal identity in the sub-region in general. The Gambia is an aggregation of different tribes, and with the eclipse of cohesive national identity that would clue people of diverse backgrounds together, individual’s loyalty to his or her tribe and region remains stronger than his or her loyalty to the nation. This unfortunate veracity of our socio-political setting has fashioned people’s political attitudes and their penchants in terms of their political party affiliation.

Thus population weigh of a tribe or lack thereof dictates its position in political power equation. Therefore, in light of the absence of a cohesive national identity in The Gambia which can be exploited in the acculturation process of new comers to be milt into the society, trans-tribal identities of new comers from neighbouring countries stand out to enable them to associate with their affiliated tribe; thus sharing similar interests, concerns and stands vis-à-vis different political, economic and social issues in The Gambia. As number of Senegalese (both south and north) and Guinean migrants in The Gambia is roughly estimated at more 150,000, granting citizenship by birth would only fall in favour of certain social groups; this would not eventually distort the existing demographic distribution, but it would also give more political leverage and edge to such group relative to others. This is more worrying when we put into account that our business is predominantly controlled by migrants from these two countries, and when we re-examine the apparent illegal participation of citizens from these two countries in recent concluded presidential and parliamentary elections, the result of which is believed to have favoured certain political parties in certain districts and constituencies.

Therefore, while the contributions of foreigners remain vital and recognised in the socio-economic development of The Gambia, the rights of the children cannot be enshrined at the expense of the rights of the citizens that are yet to be inadequately guaranteed. The new constitution should be framed in such a way that basic rights like rights to education, clean water, health care, employment, house etc. are guaranteed for the citizens. Instead of loading more burden on the state by expanding membership to our political community, the constitution should ensure that the available limited resources are used to produce a secure and prosperous society. More importantly, this new constitution should reflect the aspirations of people to attain decent living.

In light of the current realities, the new constitution should maintain that one becomes a citizen of The Gambia by descent, by registration or by naturalisation and by birth if at the time of his or her birth, one of his or her parents is a citizen of The Gambia. Further measures should be introduced to ensure that these clauses are not easily bypassed by foreigners, and to make sure that the concerned authorities would not misuse their positions to grant citizenship to ineligible foreigners. Such practice would jeopardize or security and further compound government’s efforts to provide basic rights to the citizens.