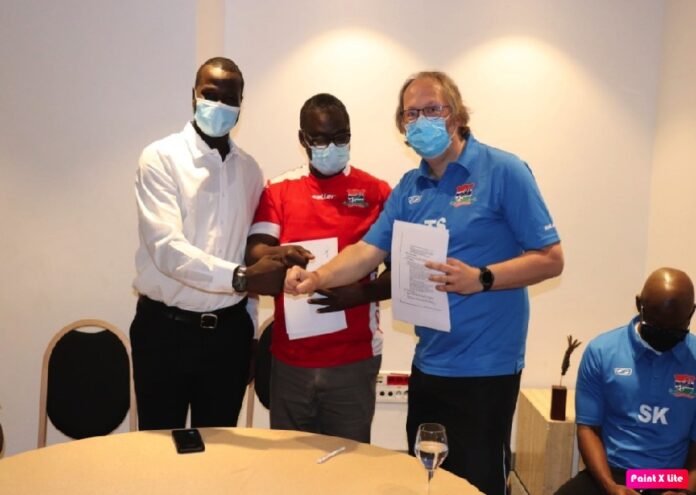 The Gambia Football Federation announced yesterday that it has handed national team coach Tom Saintfiet a 5-year contract.  The announcement was made at a dramatic show held at the Scorpions team hotel in Kinshasa by GFF President Lamin Kaba Bajo. The signing was held between the Federation and the Belgian, on his 48th birthday.

Mr. Saintfiet has been Scorpions coach since 2018, and his contract extension came after guiding the country to her first AFCON finals secured in Banjul on Thursday after beating Angola.

The GFF president thanked the Government of The Gambia, through the Ministry of Youth & Sports, for the collaboration and support.

The Minister of Youth & Sports, Honourable Bakary Y. Badjie, who travelled with the team to the final qualifying match in Kinshasa said his Ministry is very glad to be part of the beginning of another tenure for the coach.