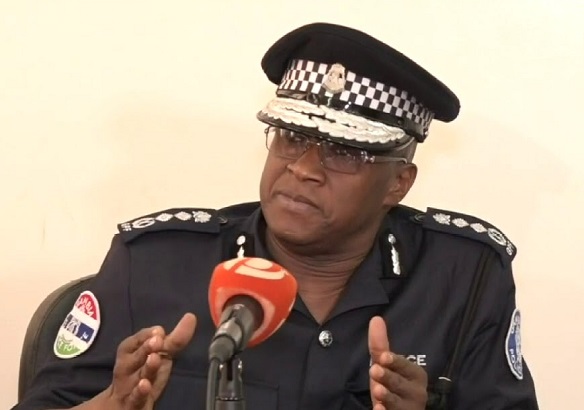 Tributes and condolences continue to pour in for Inspector General of Police, Mamour Jobe, who breathed his last on Saturday at Medicare Clinic at the age of 62.

He was laid to rest yesterday at Sinchu Alagie. The funeral was attended by senior government officials and well-wishers.

Jobe first became the Inspector General of Police in July 2018 following the resignation of Landing Kinteh. In August 2020, he clinched a two-year deal to stay on as the nation’s top police officer following his retirement.

Immediately after his demise, people from all walks of life, as well as different political parties and leaders, expressed shock and sent condolences to his family.

“What a great loss to the country! I am shocked and saddened by the sudden death of Inspector General [of Police] Mamour Jobe,” the president said.

The NPP in a statement signed by its administrative secretary, Mambanyick Njie said: “The NPP SG Adama Barrow, national executive committee, members and party supporters learned with shock and devastation the untimely demise of the Inspector General of Police Alhaji Mamour Jobe.

“The death of Mr. Jobe is a national tragedy and a huge loss to the nation. Mamour served the country with distinction and dedication to duty.”

In their condolence message signed by leader Ousainu Darboe, the UDP said: “On behalf of the National Executive Committee, the entire United Democratic Party and indeed on my behalf, we write to express our deepest condolences and sympathies on the sudden passing of Alhaji Mamour Jobe the Inspector General of the Gambia Police Force- to his immediate family, the extended family in Ballaghar and the rest of the nation.

IGP Jobe rendered great service to the Gambia Police Force, he served for many years as the head of the Police Training School and during the difficult days of the dictatorship he always conducted himself with the utmost professionalism, a grateful nation mourns his untimely death. We pray that Almighty Allah the most merciful, the most beneficent may grant his soul al Jannah. This message is extended to [President Adama Barrow] and indeed to all the members of Cabinet.”

The GDC said the death of IGP Jobe is ‘a sad and great loss to The Gambia’.

“The GDC wishes to extend our deepest condolence to the entire police force, his family, and the nation at large. IGP Jobe will be mourned for a long time, as his hard work and relentless service to the country and the security sector earned him a reputable name in our country. He was known to be kind, polite, and dedicated to national duties. We recognised his service to the nation, through the ranks and cadres of our security services,” the party said.

Also reacting to Jobe’s death, CA’s leader Dr Ismaila Ceesay said he was a patriot who served the country with distinction.

The National Human Rights Commission also issued a statement saying it had a very good working relationship with Jobe “who was very cooperative and we have closely worked together to build the capacity of the Police Force and to streamline Human Rights in their day to day work.”

The Gambia Action Party said it is saddened to have learned the ‘untimely’ death of Mr Jobe.

“Indeed, it’s a national loss as Mr Jobe spent his entire life in the service of The Gambia and his professionalism is unquestionable,” GAP said in a statement signed by Musa Ousainou Yali Batchilly.

Human rights activist, Madi Jobarteh, said: “It is with great sadness I express my heartfelt condolences to the family of the Late Mamour Jobe on his untimely and sudden demise. I wish to equally express my heartfelt condolences to the entire Gambia Police Force and the Republic in general. Indeed, his demise is a huge loss to the GPF and the Republic.”