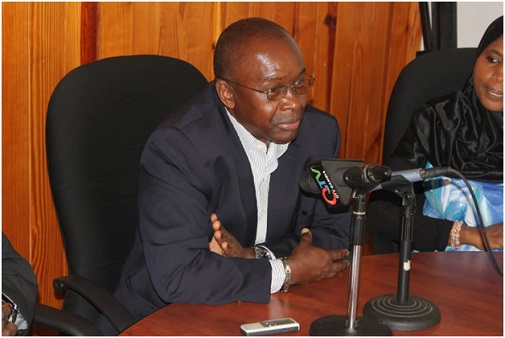 In his opening remarks, the secretary general of the CRC, Omar Ousman Jobe, said “[This] is a nation-wide exercise which covers selected areas in all of the regions of the country. A total of 463 enumeration areas have been identified.
“I can safely inform you that out of the current eligible voters which is estimated at about 1, 064, 619 (according to the 2013 Gambia Census), 9, 263 individuals will be interviewed across the country, which represents about 1 percentage of the current total voter population.

“The two-day training will be followed by a practical field exercise on Thursday (the modalities of which shall be further discussed by the statisticians). 52 participants in total are taking part in this survey (12 supervisors, and 40 enumerators). “Actual work on the survey is expected to commence next week Monday, 18 March 2019, and engagement contracts shall be signed by participating non-CRC staff,” Jobe explained.
Jobe further explained that the purpose of the household sample survey on the new constitution is, to encourage people in randomly selected households to participate in the process of making the new constitution.

“The household survey will complement and supplement the qualitative information obtained from the public consultations with quantitative information and others.
“This will provide a strong statistical basis to make inferences about the constitutional views of the people. In other words, the household sample survey, will enable the CRC to determine the percentage of the people who are in favour of any given constitutional issue. The public consultations which had been conducted would give the reasons for any opinion expressed by individuals,” he said.

He further informed that the CRC staff and appointed enumerators will visit the selected households to collect the required information on prescribed questionnaires during the month of march and April 2019.”

Jobe added, “It is important to note that the overall goal of this survey is to facilitate the collection and analysis of data, using a scientific and statistically sound approach, involving appropriate and pretested survey instruments.”
Secretary general Jobe urged the general public to give their maximum support to the CRC enumerators and supervisors.