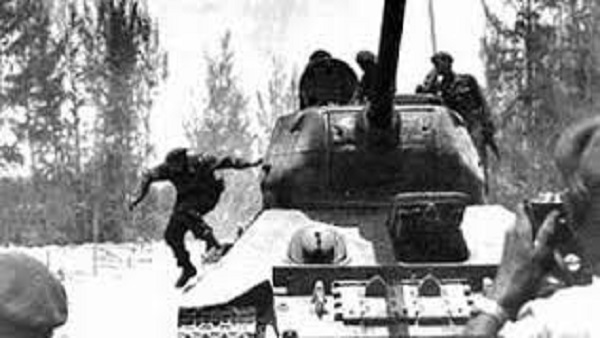 Last Wednesday, 17th of April, we celebrate another anniversary of the start of the military aggression at the Bay of Pigs (Playa Girón) in 1961. The decisive response of the Cuban people in defense of the Revolution and socialism resulted in the first military defeat of imperialism in the Americas, in just 72 hours.
Oddly enough, it is the date chosen by the current government of the United States to announce the adoption of new aggressive measures against Cuba and to reinforce the application of the Monroe Doctrine.

The Revolutionary Government rejects in the most energetic of terms the decision to permit hereinafter that action is taken in US courts against Cuban and foreign entities outside the jurisdiction of the United States, and that of intensifying the impediments for entry into the United States of the executives of companies that legally invest in Cuba and their relatives in properties that were nationalized. These are actions envisaged in the Helms-Burton Act that were rejected a long time ago by the international community, that the Cuban nation has repudiated from the time when they were enacted and applied in 1996, and whose fundamental aim is to impose colonial protection over our country.
Cuba also repudiates the decision to return to limiting the remittances which Cuban residents in the US send to their families and next of kin, to restrict even further travel by American citizens to Cuba and to apply additional financial penalties.
It energetically rejects the references that in Cuba attacks have been produced against American diplomats.

They would like to justify their actions, as usual, using lies and blackmail.
On last 10 April, General of the Army Raúl Castro declared: “Cuba is blamed for all evils, using lies in the worst style of Hitlerian propaganda”.
To cover up and justify the evident failure of the sinister coup d’état manoeuver of designating, from Washington, a usurper “president” for Venezuela, the government of the United States resorts to slander.
It accuses Cuba of being responsible for the soundness and steadfastness shown by the Bolivarian and Chavista government, the people of that country and the civilian-military union which defends the sovereignty of their nation. It brazenly lies when it declares that Cuba keeps thousands of troops and security forces in Venezuela, influencing and determining what is happening in that sister country.

It has the cynicism of blaming Cuba for the economic and social situation besetting Venezuela after years of brutal economic penalties, conceived and applied by the United States and a number of allies, precisely to economically suffocate the population and to cause its suffering. Washington has gone to the extremes of pressuring the governments of third countries to attempt to persuade Cuba to withdraw this presumed and un
ikely military and security support and even for it to stop providing backing and solidarity to Venezuela.

The current US government is known, in its own country and internationally, for its unscrupulous tendency of using lies as a resort in domestic and foreign policy matters. This is a habit coinciding with the old practices of imperialism.
Still fresh in our minds are the images of President George W. Bush, with the support of the current National Security advisor John Bolton, lying shamelessly about the supposed weapons of mass destruction in Iraq, a fallacious argument that served as an excuse to invade that country in the Middle East.

History also records the blowing up of the battleship “Maine” in Havana and the self-provoked incident in the Gulf of Tonkin, episodes that served as excuses to unleash wars of pillage in Cuba and Vietnam.
We should not forget that the United States used fake Cuban insignia painted on the planes that carried out the bombing runs as a prelude to the aggression at the Bay of Pigs, in order to cover up the fact that they were really American planes.

It must remain clear that US slander rests upon complete and deliberate lies. Its intelligence services possess more than enough proof, surely more than any other State, to know that Cuba has no troops nor does it participate in any operations of a military or security nature in Venezuela, even though it is a sovereign right of two independent countries to decide how they shall cooperate in the sector of defense, something that does not correspond to the United States to question.
That accuser keeps over 250,000 soldiers on 800 military bases abroad, some of these in the American hemisphere.

Their government also knows that, as Cuba has publically and repeatedly declared, the nearly 20,000 Cuban collaborators, over 60 % of them women, are in that Latin American nation to fulfill the same tasks that approximately another 11,000 Cuban professionals are fulfilling in 83 nations: contributing to provide basic social services, fundamentally in the area of health, a fact that is acknowledged by the international community.
It must remain absolutely clear that steadfast solidarity with the sister Bolivarian Republic of Venezuela is Cuba’s right as a sovereign State and it is also a right that forms part of the tradition and essential principles of the foreign policy of the Cuban Revolution.

No threats of reprisals against Cuba, no ultimatum or blackmail by the current US government is going to divert the internationalist conduct of the Cuban nation, despite the devastating human and economic damages caused our people by the genocidal blockade.
It behooves us to remember that Mafioso threats and ultimatums were already being used in the past when Cuba’s internationalist efforts were supporting the liberation movements in Africa while the US was backing the scurrilous regime of apartheid. They would have liked Cuba to renounce its commitments of solidarity with the peoples of Africa in exchange for promises of pardon, as if the Revolution had anything whatsoever that needed to be pardoned by imperialism.

At that time, Cuba rejected blackmail, as it rejects it today, with utmost disdain.
Last April 10th, General of the Army Raúl Castro recalled: “In 60 years of facing aggression and threats, we Cubans have demonstrated the iron-clad will to resist and overcome the most difficult of circumstances. Despite its immense power, imperialism does not have the capacity to crush the dignity of a united people, who are proud of their history, and of the freedom they have attained by the strength of so much sacrifice.”

The Government of Cuba calls on all members of the international community and on the citizens of the United States to stop the irrational escalation and the policy of hostility and aggression of the government of Donald Trump. With complete justification, year after year the Member States of the United Nations have called ptactically unanimously for the end to this economic war. The peoples and governments of our region must see to it that, for the benefit of all, the principles of the Proclamation of Latin America and the Caribbean as a Zone of Peace prevail.

Last April 13th, the President of the Councils of State and Ministers Miguel Díaz-Canel Bermúdez declared: “Cuba continues to trust in its strength, its dignity and also in the strength and dignity of other independent and sovereign nations. But it also continues to believe in the American people, in the Land of Lincoln, that they should be ashamed of those who act on the fringes of universal law on behalf of the entire American nation”.
Once again, Cuba repudiates the lies and threats, and reiterates that its sovereignty, independence and commitment to the cause of the peoples of Latin America and the Caribbean are not negotiable.

Two days away from commemorating the 58th anniversary of the Playa Girón Victory, a historical point in national geography where the mercenary forces sent by imperialism tasted the dust of defeat, the Cuban Revolution reiterates its firm determination to face up to and prevail over the escalated aggression of the United States.
Havana, 17 April 2019