Insiders in the ongoing Coalition 2016 talks have reliably informed The Standard that the Coalition stakeholders who turned up at last Thursday's much talked about meeting have rejected all the new amendments to the MoU proposed by Fatoumata Jallow-Tambajang who initiated the talks. 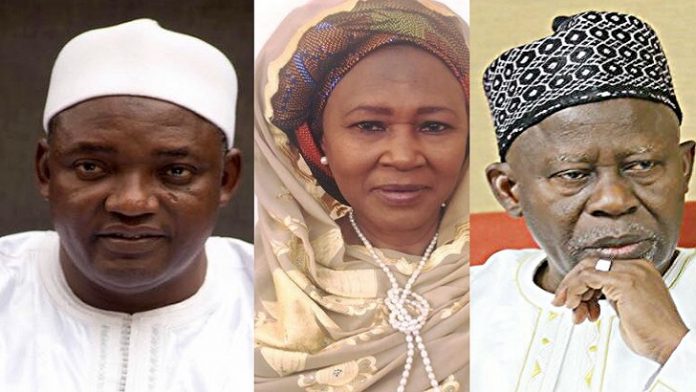 Insiders in the ongoing Coalition 2016 talks have reliably informed The Standard that the Coalition stakeholders who turned up at last Thursday’s much talked about meeting have rejected all the new amendments to the MoU proposed by Fatoumata Jallow-Tambajang who initiated the talks.

According to our sources, Mrs Tambajang has presented a proposal for the coalition stakeholders to give President Adama Barrow the option to complete the constitutionally mandated five years, in return for him to drop his ambition of running for reelection in 2021.
This, according to sources, did not go well with some members who made their position clear that they can no longer trust that Mr Barrow will even respect the new proposal when his term ends.

Sources revealed that after a heated debate all the new amendments were later dropped.
Meanwhile the talks also suffered another setback as the intended reviewing and signing of the controversial MoU could not go ahead, with the likes of UDP objecting and demanding that the original MoU must first be signed by all parties and stakeholders before any reviewing can take place.

Our source further stated that May 1 has been set to allow all stakeholders time to reflect and sign the Memorandum of Understanding, which apparently was never signed due to limited time ahead of the nominations and the presidential campaign.
Accordingly, our source went on, the original version of the MoU has been distributed to all the coalition partners to review it with their party members and then sign it ahead of the next meeting in May.

According to our source, the coalition stakeholders look seemingly divided with regard to the three year agreement. “Some members of the coalition team are not also happy with the fact that the president is not giving any regard to the coalition. When we had our second meeting he was supposed to do the closing rituals but he was busy at his fans’ club bureau. So we believe he is not interested,” our source said.