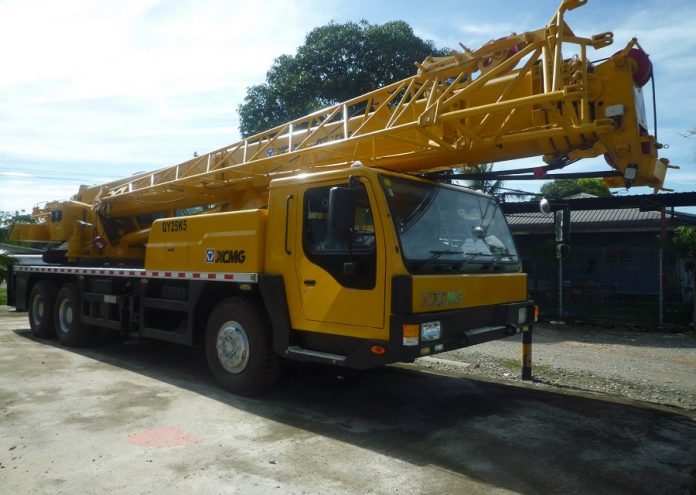 The Gambia Government spent over D300 million worth of procurement from 2014 to 2017 that passed the net of the Gambia Public Procurement Authority (GPPA) without an iota of scrutiny, an audit report obtained by The Standard revealed.
These expenditures, most of which are single-sourced, include the D21 million contract awarded to Gai Enterprise by the administration of President Adama Barrow to provide State House with household items such as furniture and other decorations.
This was part of the constructions that took place at State House while Barrow was staying at vice president’s residence at Fajara from January to November 2017.

According to the 2017 audit report of the Internal Audit Department, the GPPA, the agency legally mandated to scrutinize requests for procurements from public agencies, green-lighted these expenditures “without any proper assessment or basis”.
According to GPPA regulations, any procurement of good and services above D10,000 that is intended to be single-sourced – bought from a single buyer without any sort of quotation – must be scrutinised by the Agency.

Also, any procurement that is construction related intended to be single-sourced above D30, 000 by any public institution must also be scrutinised by the GPPA.
The regulations also make it compulsory that any procurement at half-a-million dalasis or above must be open to competitive bidding.

When is single sourcing allowed?
According to the GPPA regulations, procurements from public agencies may be single sourced where the estimated value of the procurement does not exceed D10,000, where only one supplier has technical capability or capacity to fulfill the procurement requirement, or the exclusive right to manufacture the goods, carryout the works, or perform the services to be procured, and no suitable alternative exists.
Another reason where single sourcing is applicable is where there is an emergency need for the goods, works, consultancy services or services, involving an imminent threat to the physical safety of the population, of damage to property, or in the case of other unforeseeable urgent circumstances not due to the dilatory conduct of the procuring organisation, and engaging in tendering proceedings or other procurement methods would therefore be impractical.

A procurement may also be single-sourced where the procuring organization, having procured goods, works, consultancy services or services from a supplier, determines that additional goods, works or services must be procured from the same source for reason of compatibility with existing good, equipment, technology, works or services, taking into account the effectiveness of the original procurement in meeting the needs of procuring organisation, the limited size of the proposed procurement in relation to the original procurement, the reasonableness of the price, and the unsuitability of alternatives to the goods or services in question.
However, the 2017 GPPA audit report has found this process to be flouted without any justification.

And in the response of the GPPA to the findings, the management said they no longer use “no objection”, meaning they no longer grant procurements where there is inadequate information except under circumstances outlined in the GPPA Act.
Karamba Touray, auditor general, told The Standard on March 9 that ‘no objections’ are only used in rare cases because the practice involves higher risk of financial loss to government.

“There is a risk of non-compliance to GPPA rules and regulations and therefore undermines the authority’s responsibility to oversee the procurements of public institutions…There is a risk that the value for money, efficiency, economy and effectiveness in public procurement are not achieved due to the absence of fair and equal opportunity to vendors/contractors,” said the audit report.
This audit report was done on a period during which the director for GPPA was Tumbul Danso.

A former executive director of Social Security and Housing Finance Corporation, Danso retired from the procurement agency on 7 March 2018 upon reaching his retirement age.
On Thursday, 7 March, Danso who was indicted in the report on several issues, told The Standard that he cannot talk about the audit findings until it is “finalised”. Danso now does private consultancy work from his office at the Brusubi ‘Turntable’.
The audit is however completed and the permanent secretary at the Ministry of Finance, Mod Secka, confirmed to The Standard on March 8 that he had received the report but that he was yet to read it.

Secka was appointed permanent secretary at finance ministry in January 2019. It is, however, crucial to note that according to the GPPA Act, Secka’s predecessor PS Modou Ceesay was on the GPPA board as a member before their term expired late 2018.
The current PS at Finance Ministry Secka said he cannot comment on the substance of the report but assured that an action will be taken to address the issues raised.
Meanwhile, the current director of the GPPA, Abdoulie Tambadou, told The Standard they no longer give “no objection” for requests from public agencies until as stated in their regulations.

In an interview on February 20, Tambadou said the GPPA only offers no objections in cases “where we should give approvals but for lack of adequate documentations, we give our ‘no objection’ to proceed”.
This means that the requests for expenditure that were single sourced or green-lighted were without adequate documentation but they gave it a go-ahead any way.
So the over D300 million worth of expenditure were either single sourced or their procuring organisation failed to prove the need or justification for them to GPPA.
Tambadou said even requests from Office of the President ought to follow similar rules of procedures as far as the GPPA Act is concerned.
“For Government agencies, no objection is a risk that is why the practice is not encouraged. If you do not have enough documentation, that is when you issue no objection,” said Tambadou.

The single-sourced/ no objection contracts
According to audit of the GPPA, a total of 122 projects were single sourced or approved from various public institutions without adequate documentation from 2014 to 2017.
These projects included purchase of 3G Sim Cards by Gamcel to the tune of over D43 million and building of offices and bus parking at the Office of the President by Gai Enterprise to a tune of over D27 million.
While considerable number of these projects such as the D27 million contract for Gai Enterprise were done by Yahya Jammeh, the following ones were done by the Barrow administration.

Among them is the purchase of furniture, household items and other decorations by Gai Enterprise to the tune of over D21 million and purchase of four unspecified motor vehicles by the Office of the President from TK Motors to the tune of over D8 million.
The Office of the President also bought six super saloon vehicles and one Nissan X trail from TK Motors for over D9 million that again went unscrutinised by GPPA despite the inadequacies. The presidency made several purchases of vehicles through these methods amounting to millions.

These procurements, among over one hundred others, were single-sourced or approved by GPPA without adequate documentations, according to auditors.
Gai Enterprise that appears to be the biggest winner in this procurements under the Barrow administration, also won the Banjul construction project initiated by the government.
Gai won two projects from State House from 2014 to 2015 that were either single sourced or approved by GPPA without adequate documentation.
Based on information available to the public, Banjul construction project was designed by Gai Enterprise and sold to the Government and cabinet sat over it and approved it.

The explanation of the government is that the Banjul project was approved by cabinet after all necessary due diligence. There was, however, no opportunity for comparison to see if other companies could do the same project at a cheaper cost.
However, by GPPA regulations, cabinet has the powers to grant an approval for a project without it being approved by the GPPA. Issues such as national security and executive directives can also be relied upon to single source contracts even though they can be a conduit for corruption and kickbacks by public officials.
A senior Gambia Government official told The Standard that such a process should have been opened to bidding given the cost involved. The project is to cost close to D2 billion ($36 million dollars).

“Government could have taken the proposal from Gai Enterprise and invite expert advice from National Road Authority (NRA) and other agencies. Then invite proposals from other companies through public private partnership agreements and see whose is cheaper. Single sourcing this project by just seeing a proposal from Gai Enterprise simply cannot be right,” said a senior civil servant who does not want to be named.
Meanwhile, Marr Nyang, a Gambian anti-corruption activist, said the nature by which the Banjul contract was awarded is “suspicious”.
“If the Government wants to be held accountable to the people, then they should withdraw the (Banjul) project and investigate it,” said Nyang of Gambia Participate.
“The project is not transparent”.
The Standard has reached out to Gai Enterprise on 13 March through a telephone number extracted from their website for an interview request.

However, a male voice at the receiving end who claimed to be an employee of the company said he has seen the medium’s interview request via email and does not mind to meet on March 14.
However, after follow-up calls on March 14, a man receiving the call who claimed to be Hadim Gai said he could not speak to the media on any issue. “I am not ready for an interview, I will call you,” said the man claiming to be Gai.
On Wednesday 13 March, The Standard made a media inquiry through the State House press office for comments on the contracts made from the top office that were either single sourced or went through GPPA without adequate documentation.

As of the time of this publication, the office did not respond to the media enquiries. The email sent by The Standard was followed up by four phone calls.
The Standard has also made attempts to reach out to the NRA and the Ministry of Works for more information on the Banjul project but to no avail. The paper visited the Ministry on both 18 and 19 March but the minister Bai Lamin Jobe and his permanent secretary Mariama Ndure were said to have travelled.
The deputy PS of administration, Louise Mosses Mendy is new at the ministry and cannot talk to the media without the approval of Ndure, according to Government General Order. The same restriction applies to Malang Jammeh, the deputy permanent secretary, technical.

However, this medium made another visit to the works ministry on 25 March but the secretary to PS Ndure took the journalist’s contact and promised to call if she settles. The secretary said the PS is returning from an official trip and will contact at a more convenient time.
The Standard also visited the NRA on March 19 but the institution’s director had travelled with the minister. Meanwhile, the information on the Banjul project remains sketchy.

Note: “No objection” from the Gambia Public Procurement Agency simply means an approval by the agency for the procuring public organisation to go ahead. However, the agency issues “no objection” when it does not have adequate information to give approval and it thus remove itself from the process thereby abdicating its responsibility. Whereas single sourcing is awarding of government contracts or procurements without competitive bidding. An estimated 60% of The Gambia’s public resources goes into procurement.