Darboe Calls For Removal Of Serving Officers Implicated At The TRRC 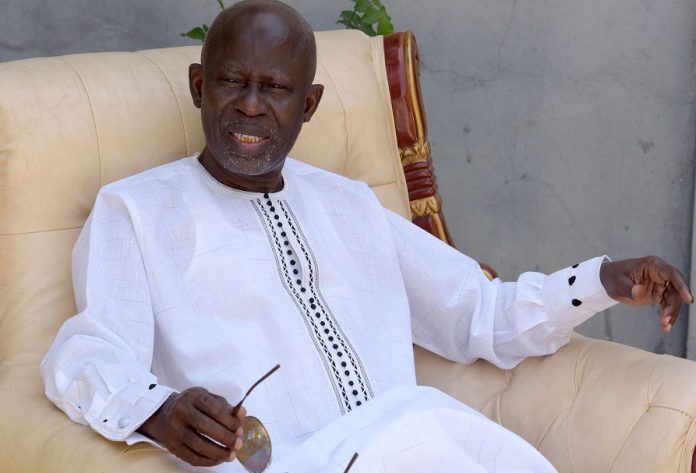 UDP leader Ousainu Darboe has opined that serving security officers implicated in committing heinous crimes or atrocities in the ongoing Truth, Reconciliation and Reparation Commission should be sent home.

“If I were the president today, those uniformed officers would not have been in their offices today. I would have sent them home and after the investigations we will decide what to do with them. They should not remain there, collecting salaries while their victims are suffering. That is not correct,” Darboe said in a Senn FM exclusive to be aired this Sunday.

The veteran lawyer said “the terrible things that happened in The Gambia in the 22 years of Jammeh’s rule have never happened in this country. Imagine killing people and cutting their legs when burying them. I never thought a Gambian can be that wicked.”

Defending the establishment of the TRRC, Darboe said: “If there was no TRRC, people would not have known the atrocities that were committed in Jammeh’s 22 years rule. Yes, it is very sad to hear the testimonies, but I think overall the TRRC is doing a good job and I believe if anyone thinks what they are doing is not constitutional you can go to the Supreme Court and challenge it.

“…I am sure if they reach the August 2009 executions and the way they forcefully took these people out of their cells and killed them, you will not be able to imagine that Gambians we sit and eat with every day are capable of committing such heinous crimes,” he asserted.

Coalition
Darboe also confirmed that the UDP did march out of the coalition talks last Monday, explaining: “We participated up to an extent.. but the meeting on that Monday our representatives were there, but they marched out after failing to agree with the rest on procedures to sign the MoU first, before any changes would be made.

“We never said there should not be changes, but we believe before the changes the agreement should be signed,” he asserted.

He said he had advised President Barrow with regard to the three-year agreement, but he would not want to reveal that publicly.

On his own pronouncement that Barrow should serve for five years as mandated by the constitution, Darboe said: “My position was that as a lawyer we should respect the provisions of the constitution.”

He further disclosed that the UDP has not taken any decision on the issue of the three-year agreement. “We will make our position known to Gambians whenever the party’s executive meet on the matter.”

Sacking
Commenting on his sacking, Darboe said: “I don’t know why Barrow sacked me. He gave me the job and he knows why he sacked me. You should go and ask him.”

The UDP leader also denied signing any agreement for the deportation of Gambians, saying those accusing him should come with proofs.

“People should stop lying against people without proofs. Which government in this world will go to another government and ask that government to return its people? This nonsense is spread by people who hate the UDP and by extension the Barrow-administration. But I challenge them to prove their allegation” he said.