Dementia discriminates no one 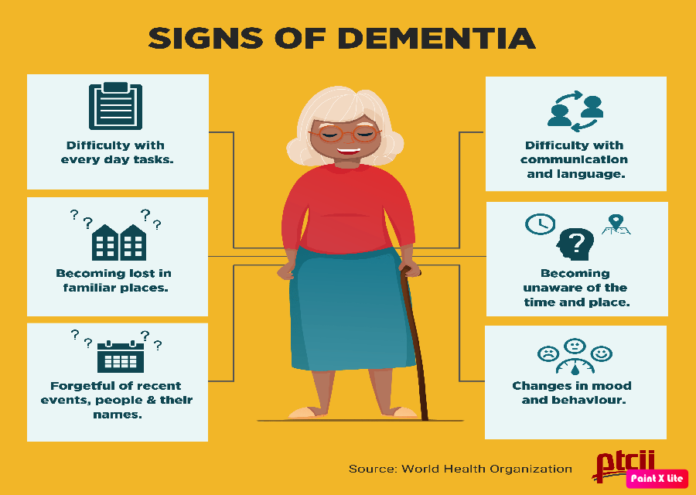 It is about time to break the stigma around dementia. Dementia is a neurological state that in most cases can appear after the age of 65 but can also appear as early as in your forties. The process is individual and the speed of one’s condition varies. I have noticed that there is still only a little knowledge about this condition in The Gambia, and still the condition is very common. It seems as dementia is placed in the same field of shame as mental illness and that is unfair and not helpful at all.

A very common dementia condition is called Alzheimer’s disease. This disease makes the brain cells gradually wither and die. The symptoms appear slowly and the bodily functions deteriorate. There is no cure for Alzheimer’s disease, only symptom-relieving medication. As long as we try to deny and hide the fact that some of our loved ones have been affected by dementia, there will be no sufficient help or research in this area. Here in Sweden, we have doctors and nurses who specialise in dementia. We have special homes for the elderly where they can get adequate help and care every day for the rest of their lives.

I know that you find it very strange in The Gambia, that the elderly can live in special homes if needed, but we don’t force them to do that. In fact, most people live in their own homes, but we don’t live several generations together anymore. We have had the same system too as you still have in The Gambia, but that began to change during the industrialisation at the end of the 1800s. Before the industrialisation, most people lived in the countryside, but when times were changing the young people moved into towns where they could find jobs at factories. The elderly were left alone in their homes in the countryside, a sad fact but there really was no option by then.

People were poor, the little they were able to harvest was seldom enough to feed the family. Those who could afford it migrated to America, but the trip was very expensive so mostly the elderly were left behind in Sweden. When you think of Sweden you might believe that this country has always been rich, but that is incorrect. What we have has been built up through hard work and a sense of solidarity with poor people. As long as rich people are allowed to be corrupt there will be no change for the better for those who struggle to stay alive. Praying for change is never enough if we don’t work hard while we pray.

Whatever we like about living several generations together, we are all aware that it is not completely without problems. When the family dynamic begins to change, it can be hard to deal with and especially if we have no one to talk to about our problems. Our elderly are treated with respect because they have a lot of experience of life and we appreciate that. We are used to listening to them and go to them for advice about things that matter. It is very hard to deal with the problems we find when suddenly this person is beginning to change. The change comes slowly and we don’t understand the reason for it, we just find that our loved one is not acting in the same way as we were used to.

Old age changes us all, both mentally and physically, but dementia is different. The one who is affected by dementia begins to show symptoms that can be very problematic both for the family and the one who is affected by it. The condition is not constant, some days are worse and others are better. This is why it is so hard to understand, at the beginning, that our loved one has got dementia. If you find that the person has begun to get mood swings, without any obvious reason, it is because he or she is confused and afraid. S/he doesn’t understand what is affecting him or her, only that something is not right. It is hard to speak about, because you don’t know what to say. We try to maintain our dignity as long as possible, and there is a great fear when we begin to understand that we are not able to manage on our own anymore.

The shame, the stigma affects us all because we don’t know where and how to get help. The stigma is holding the research back because doctors don’t specialise in an area which has no high status. Research would help doctors, nurses and family members getting a greater understanding for what is happening with the family member who is affected by dementia, and through that understanding we would be able to give adequate help. It is not easy for the caretaker to know what to do when she (in the most cases) doesn’t understand what is happening.

It comes often as a shock when a family member begins to act in a different way than before. Mood swings, aggression, violence, being unable to go to the bathroom in time, unable to feed oneself. These are some of the symptoms that are very hard to handle and especially if the caretaker is already busy caring for the household of several people including small children who need extra care. It is very easy to become upset and angry with the person who is behaving so strangely. It is human to react like that, but unfortunately it doesn’t improve the situation at all. Patience is a necessity, but who can be patient when you are in the middle of a race that you can’t win?

Denying the fact that our loved one has got dementia doesn’t help anyone. Every kind of change in behaviour begins with accepting that a change is necessary. It takes time to accept a change, but when we finally have come past the stage of denial we can begin to find a new approach to the issue. As I said before, patience is a necessity and even if we are tempted to lose our temper from time to time, it is not helpful at all. A person who has dementia needs a calm and peaceful environment – calm voices, easy instructions, not too many people speaking at the same time. Loud children playing around a person with dementia can be a trigger for an outburst. Teach the children to be caring and respectful, never allow them to comment on the kind of different behaviour of the person with dementia.

Life is a circle, we are born helpless and when we get old we are back to the need of help from others. Some of us are able to manage on our own until the end of life, others are not as lucky but all of us deserve to be treated with respect. Our lack of knowledge is saddening and it causes unnessecary suffering for people. Having dementia is not a curse, it is not a punishment from God or whatever you believe in. It is simply a disease, an illness of the brain and the sooner we realise that, the better. Educate yourself, there is a lot of information to find on the Internet. Google for dementia, symptoms of dementia and how to deal with dementia and you will get a lot of insight. As I said at the beginning, dementia discriminates no one. Learn more about it, the next case might be in your own family.