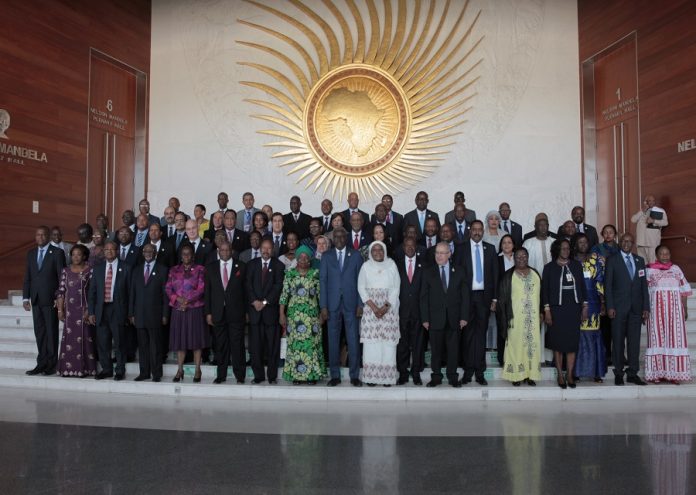 On May 25 each year, Africans observe African Liberation Day (ALD) to commemorate a historic day in Addis Ababa, Ethiopia in 1963 when the heads of about thirty newly independent African states met and founded the Organization of African Unity (OAU). The need to end colonial rule and white supremacy in Africa were high on the agenda and the common historical experiences of the African people were cited as pointing to a common destiny that must henceforth be realized by a free and sovereign African people. The uneasy compromises made at that event were reflected in the contradictions of the OAU Charter in which declarations on the need for continental African unity stand side by side with declarations on the need to maintain each country’s sovereignty and territorial integrity. What these contradictions show is that African states were divided long before they met at Addis 1963 to found the OAU.

Indeed, as early as 1961, two rival blocs of newly independent African states had emerged on the continent. It was mainly the member states of these two rival blocs – the Casablanca Group and the Monrovia Group – that met at Addis in 1963. The Casablanca Group, whose members included Ghana, Egypt, Algeria, Guinea, Tanzania, Mali, Libya and Morocco, advocated a radical Pan-Africanism and the political unification of the African continent under one central federal government, possibly with one central African military command. The Monrovia Group whose members included Ethiopia, Liberia, Ivory Coast, Nigeria, Senegal, Cameroon, Sierra Leone, Togo, Somalia, Tunisia, the Central African Republic and others advocated a moderate Pan-Africanism and a domestic nationalism that would preserve the sovereignty and territorial integrity of the newly independent states. At the end of the day, the two rival groups were able to agree on the need to work towards African unity but unable to agree on just what a united Africa should look like. This explains the contradictions of the OAU Charter

The divisions among African states at Addis 1963 were complicated by the fact that African independence happened at the height of a vicious international ideological war – the Cold War – in which the only thing that mattered to the most powerful nations of the world was the containment of enemy ideology. And in this war Africa, like Asia and Latin America, was unfortunately little more than a proxy battleground for the so-called great powers. Within the context of this viciously amoral ideological warfare, it was a foregone conclusion that differences between African states at Addis 1963 would directly reflect differences between the Cold War belligerents. A cursory glance at the Casablanca and Monrovia groups show that they were clearly divided along the ideological battle lines of the Cold War. The leaders of the Casablanca Group were ideologically oriented towards the eastern, socialist/communist bloc while the leaders of the Monrovia Group were oriented towards the western capitalist bloc. While most members of both groups pledged allegiance to the non-aligned principles of the Bandung Conference of 1955, it was clear that non-alignment was an unlikely option in the theatre of 1960s Cold War politics.

No wonder the question of African unity at Addis 1963 was impossible to resolve. The Cold War belligerents were closely following the proceedings and courting the new African leaders; and for them, the only thing that mattered was whether a United States of Africa would be pro-Moscow or Pro-Washington. The divisions between African states were subtly encouraged by Moscow and Washington who ensured that the dream of African unity suffered a stillbirth at Addis 1963. The good thing was that in spite of their ideological differences, the African leaders at Addis 1963 agreed on the need to establish the Organization of African Unity that may aspire to eventual African unification but would meanwhile respect the sovereignty and territorial integrity of individual member states.

For the next thirty odd years, African countries remain inextricably mired in the web of this vicious ideological warfare in which containment of enemy ideology was the be all and end all of international diplomacy. The Socialist/Communist bloc would do anything and everything to keep capitalism out of Africa, and the Capitalist bloc would do anything and everything to keep socialism and communism out of Africa. At every possible opportunity, the rival ideological camps sponsored civil wars or the overthrow and sometimes murder of African leaders and politicians perceived to be loyal to enemy ideology. A few examples are Emperor Haile Selassie of Ethiopia who fell to Communist subversion even as Patrice Lumumba, Kwame Nkrumah and much later Thomas Sankara fell to Capitalist subversion in the divided states of Africa.

Sadly, the hostility between the rival ideological camps in the Cold War manifested as hostility between African states, and ultimately, as hostility between individual African governments and their own citizens. Government critics in African countries were routinely accused of being stooges of either western imperialism and neocolonialism or eastern socialism and communism and branded as either agents of the CIA or of the KGB, and brutal crackdowns were justified in the name of crushing ideological subversion. In all cases, the Cold War belligerents readily supplied weapons, provided “technical assistance” and poured monies into the coffers of the new African states, which in most cases literally meant the pockets of the new rulers or their non-state ideological allies on the continent.
Meanwhile, Africa remains without her own home grown ideology and Africans continue parroting foreign ideologies that bear little relevance to their own historical realities.

By Deisy Francis Mexidor The assassination of George Floyd stoked the fire of the fight for social justice in the United States, affirmed the African...
Read more
Opinions

By Burama Jammeh The resignation of Abubacarr Baa Tambadou as Attorney General and Minister of Justice was announced last week. During his term in office,...
Read more
Opinions

Skin bleaching can lead to cancer

By Aisha Jallow Colorism, which privileges lighter skin over darker, is an issue that affects not only African Americans but pretty much all people of...
Read more
- Advertisment -