Do we have any use of foreigners? 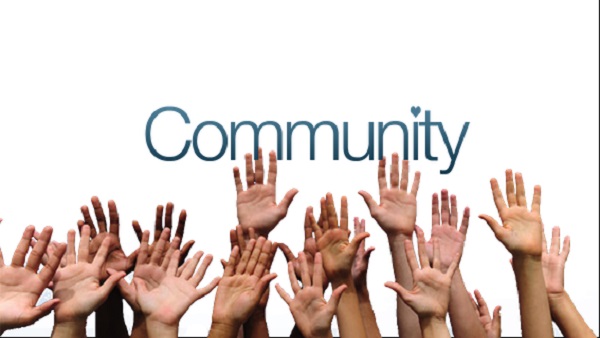 Too many times we hear in my society people complain about ”those foreigners who are coming here taking our jobs!” Yes, we have a lot of ”foreigners” in Sweden, but are they to be seen as competitors or assetS? A lot of refugees are highly educated; they worked as nurses, doctors, lawyers and teachers in their home countries. When they finally find some kind of job here, it is mostly the kind of jobs native Swedes don’t like.

They drive taxis, clean floors and toilets, wash dishes at restaurants, pick berries in the summertime and so on.

This problem has two sides; there are few unskilled jobs here and because natives Swedes don’t want these kinds of jobs, we can offer them to our foreign citizens.

It’s hard to get a qualified job if you don’t know the language in your new home country. That is an undeniable fact because what can you do if you don’t understand the language? No one can explain to you what you are supposed to do and you can’t ask for help.

In the manufacturing business, for example, almost everything is done by machines. They are rather advanced and very expensive so you don’t want to damage them.

You can get hurt, or hurt others, if you don’t understand the safety instructions.

These machines can be too hard to handle for citizens who are born in Sweden, so imagine the difficulties for a stranger who doesn’t know the language.

In the old days there were a lot of unskilled jobs to find everywhere. The factories needed a lot of staff, there were machines but they needed to be maintained by people all the time.

The work in factories has become more ergonomic nowadays and that has health benefits.

There is one negative factor though and it is that the machines have taken over and the people are not needed anymore. We even have factories where robots do all the work and what you need is a person who has a technical education to maintain the robots.

The robots are programmed and each one of them are controlled by a computer.

The computerising language is often English, so you understand that the one who is responsible for these machines needs to be skilled. S/he must master the English technical terms and also master the computers that control the robots or machines.

In these factories you have no heavy lifts or people moving items from one point to the other anymore. All the tasks that earlier were done by people are now done by machines.

In the middle of the 1960s, there were a lot of jobs here, the factory owners were in distress.

They had so many orders of their products but not enough people who could do the job. Representatives from large industries went abroad, to Finland and Yugoslavia, and offered people work.

A lot of people came and the business bloomed. Native Swedes complained about the foreigners who came to take their jobs – the jobs the Swedes didn’t want to have! Finns are famous for working hard, the work ethics is high and people have to be really sick before they stay home from work.

It took time, but slowly the foreigners were not that foreign anymore. People got used to them and found that the society had got a lot of new and interesting people. New people meant new influences, new restaurants opened with exotic food like pizza, hamburgers and kebab. Grocery stores opened where they sold exciting foods no one had seen before.

The foreigners got children and the children learned to speak Swedish from the beginning. These children, that are adults now, got educated.

They studied at the universities and became doctors, nurses, teachers and so on. Many of them had heard the stories of their parents’ struggles.

They had heard stories about poverty, starvation, sickness, fleeing from war and oppression. These stories made our second or third generation refugees waiting to pay back and to help others in times of trouble.

They travel around in the world, helping people and many times at their own cost.

Sometimes we are unable to see what good we can get from letting foreign people in to our country. Sometimes it takes even a generation before this investment in people begins to pay off, but sooner or later it does.

A society would be very dull if we only had one kind of people there.

Just look at the nature and see all the varieties there.

Look at all the flowers, trees, plants, herbs, vegetables and grasses. Everything is mixed and is functioning together.

You don’t have only one plot with grass and nothing else.

If you look closely you will see different kinds of grass and plants.

You will also see small bugs, flies, butterflies, worms and so on.

It’s a mix and the variety is what is making the beauty and also the usefulness.

It is the variation in the creation that is makes the beauty of it.

It seems as we are more able to enjoy this variation in nature, and forgetting that we are actually a part of it.

If God wanted there to be only one kind of people, with one kind of skills, traditions, colour of the skin and so one, He would have created us this way.

Are we able to consider each other valuable and useful or do we look at the stranger as just that – strange? I think that many times we are what we call it here in Sweden – “home blind”.

It means that we are so used to how things are so we forget to appreciate them.

We are also used to how people are, we forget to appreciate them too.

When someone new and strange comes to the neighbourhood we find it hard to handle.

Some people hold a slower pace than you, and others are faster. At the work place this can be a source for misunderstandings and conflicts.

In a society where it is important to keep times and agreements, it is very annoying if someone hasn’t been able to assimilate that.

The new and unknown can be a bit scary and instinctively we react with fear or anger.

A defence mechanism kicks in immediately and we try to keep a distance before we get to know the other.

Many times we are ashamed of this reaction, but this we can’t o anything about this defence mechanism.

It comes from the smallest part of the human brain and has been a life saviour since the humanity was created.

95+1091= 1186
A long time ago we depended on this mechanism to quickly decide if the new person we met was a friend or an enemy.

We had to decide if we could welcome the person, or flee fast as a rabbit. Nowadays we have the same mechanism but instead of running away we get a rush of adrenalin that creates a stress inwards.

This adrenalin makes our heart pump faster, the brain gets a flush of blood so we can think faster.

Our muscles get more blood so we can run faster. So what happens if we don’t have to fight anyone or don’t run away from what we feel is threatening us? We get stressed, the heart works too fast, the blood pressure goes up and that in the long run damages the heart. Our thoughts fly around like scared butterflies and we can’t decide what to do because there is no actual threat – only an emotion.

What can we do to avoid this reaction, or at least make it milder? We can educate ourselves. First of all we need to find out what we are afraid of

. Second, we need to find out if the fear is real or just a sign of our insecurity.

When we have given ourselves a truthful answer we can look at the source of our fear and decide to look at it from a different angle. Maybe there is nothing to fear, it is only something we are no used to, something strange.

By calming down and through deep consideration we get used to the unknown. After a while it feels okay and we begin to appreciate it and see the value of it.

What about the ”strange” people you meet? Do you see the value in them or do you think that your society would be so much better without them? People who are shop owners, bank managers, hoteliers, people working for different foundations and organisations – do you find them valuable? Imagine the wonderful fact that there are actually a lot of people who love The Gambia, and are willing to live and work here, even if they are what we consider as foreigners.

People come with an amazing variation of skills, they make the society richer by offering it their services.

Part of being “home blind”, as I mentioned earlier in this article, is to not be able to see what can be changed, what can be done differently or what can be added. We are so used to how things are so we have lost the ability to create something new.

We might live in a context where we have been surrounded by the same people since before Moses was born.

We know how these people are and what they can do, they get no surprises from you as they have always known you and how you act.

There is almost no progress in a society as that, the fear of change is making people lazy in their minds. New people with new influences are challenging our minds and that can feel tough sometimes.

People with open minds are those who are creative and welcoming to new influences. Are you one of them? Do you feel that our society has got a gift by welcoming new people or do you feel that they should go back home again? That is not an easy question to answer because the answer can depend on the context.

That is normal, but as long as we are aware of our reactions and the reason for them, we can control our minds and by that the opinions we express to others.

It is very easy to judge a large group of people for what a single individual has done.

Life is not easy; it is full of challenges, so why not face these new challenges with a sense of anticipation instead of fear? Challenges must be conquered, that is how we grow as human beings.

So, while you are considering my question from the topic of this article – do we have any use of foreigners – you might also consider this: is your fear for them of more use?

Walls are thick on an ivory tower