Echoes From The Senegambia Run 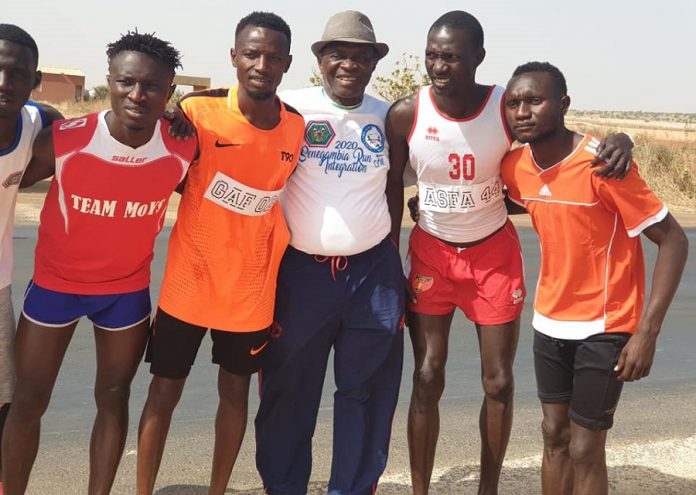 The Mayor of popular Senegalese tourist resort Saly has said the town will send a team to the next edition of the Senegambia Run, the Banjul to Dakar road race which ended Stage-Two in the town during the recently concluded second edition.
The mayor and his staff were joined by locals among them staff of various hotels to cheer and welcome the runners who made a night stop there at the end of the second stage of the run.

Equally the president of the regional chamber of commerce in Kaolack Serigne Mbowe has also said his institution will present a team next year.
”We are very encouraged by the enthusiasm shown by all the local government officials in towns and villages along the route in Senegal. This is important because almost the entire race takes place inside Senegal, though it starts in The Gambia. It is however a Gambian project as it is initiated by Gambians,” said George Gomez founder and coordinator general of the event.

The run proper itself left a lasting impression on the athletes. Much of the drama and thrills were captured at the 3rd and final segment which started at the famous Last Petrol station in Mbour.

The Gambia Army female runner Nyima Colley started the run on a strong footing beating the field to the first changeover of the baton. The Senegelese army team Asfa then took over the lead just before the 2nd changeover and maintained it until the 5th changeover in Rufisque.