States are amoral. All of them 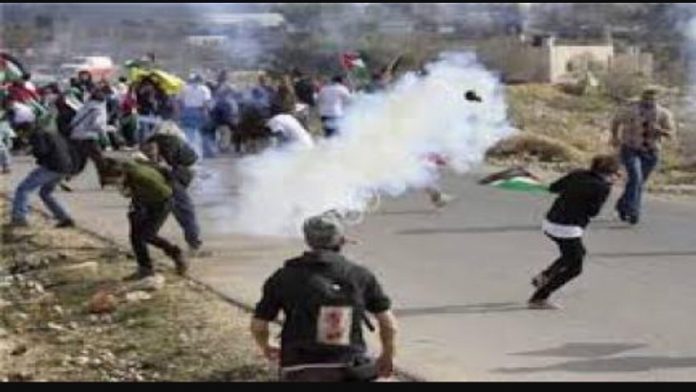 With the change of administration in The Gambia – there has been a plethora of conversations regarding the state and the demos, the state’s trajectory, power, competing visions and ideas, what should be allowed and what should not be; conversations which are sometimes heated. It has also been interesting to watch – in that – people who were critical of the former administration for trampling upon the rights and civil liberties of the citizenry – in regards to the right of assembly without a permit, among other things, now defending the state in a similar situation. Most interesting of all, is watching the APRC people cry-wolf and accuse the current administration of abusing power, seeking to exercise their own civil liberties – given that their brutal 22 year long reign, no such dissent or protests were allowed and they defended their boss to the hilt. Because, you see, that is political jujitsu at its finest. Which is everywhere, which is politics.

I think such situations teach us a lesson that there is nothing righteous, super-moral, or blessed, or prophesied in being a victim of the state. The victim is just the victim, the bottom is just that – the bottom. Can we truly say we’d be much different were we in power? Perhaps. But the fact of being a victim of the state – does not prove one’s inherent goodness – because one day you could be the oppressed and the next day – you could be the oppressor.

Whenever I think of the aforesaid – Aung Sang Suu kyi – the Nobel laureate and ardent human rights defender, comes to mind. She has been fighting the process of “othering” by the Burmese state for decades. In a twist of irony – once she got her freedoms and became part of the ruling class — in the same breath – sanctioning the killing, expulsion, persecution of the minority Rohingya Muslims. She has even gone on to certain lengths to defend the state’s treatment of the Rohingyas, in the name of defending the state. This is insufficient for one who endeavors to be a thinking person. I hope that we can see some of ourselves in the people we discuss, because we are human, because we know how easy it is to overestimate our own superficially unfailing morality.

During the April 10th and 11th student demonstrations – I could vividly remember students throwing stones to buildings and stores around the Westfield area – all the way to Churchill’s Town. People were brutally killed by the state, including a former primary school friend of mine, in the name of protecting the state. Granted – it did get violent in certain areas, students did destroy a lot of property and even hurled stones at the cops, and other elements a la looters, thieves, and whatnot even entered the fray – but did that justify the state killing of protesters?

When Solo Sandeng and them marched for election reform without the permission of the state – him and a good many of the protesters became victims of the brutal Jammeh regime, and he ultimately lost his life. The state’s response to citizens exercising their civil liberties to assembly and petition their government was an unnecessary Stone Age barbarism; however, like what most states do – they evoked the quintessential state line: “they broke the law.” In the name of law and order – states can and will do whatever and will “justify” their actions – because that is what states do. All of them. By the way – the same law the Jammeh administration used to justify his arrest and subsequent killing, is being enforced by the current government, under the same national security, law and order pretences.

Conversely, when the Kanilai protesters started protesting against the ECOMIG presence in their backyard – many folks went roughshod calling for their neutralization – because their protest was deemed a threat to the “fragile” state. Unfortunately, someone lost his life and, the state’s response, like all states do, is to justify such killings in the name of national security. Do not get me wrong – we still face serious threats to our fledgling democracy – and it is the job of the state to protect the state, its interests, its sovereignty, and its people – which also includes the APRC folks, the protesters in Kanilai, Farato and Bakoteh. But was the force used necessary? Were the beatings and arrests necessary? Was the extrajudicial killing necessary?

Furthermore, most supporters of the party in power, as expected, naturally fall in line and defend the state’s action as necessary to protect the so called “fragile” state. Wonder why the GOP who ostracized Obama for basically breathing are now defending anything Trump does in the name of maintaining the state? Wonder why folks who called Jammeh’s states response to the April 10th and 11th saga, and the Solo Sandeng case, defended the use of life bullets on protesters in Kanilai? This is not false equivalence, it’s texture and nuance.
It ain’t rocket science. It is just politics, man.

Consequently – some folks in power today – are showering us with their bluster and finger-pointing; however, the big-brother lessons are nothing new to most Gambians, for after all, we have spent the past 22 years under the leadership of a chauvinistic big-brother, advising and dictating what is tolerable behavior and what is not. Such behavior is not a deviation from the experience of powerful people who run the state – but an expression of it.

It is one thing to point out, correctly, and rightly name the government of yesteryear as immoral, barbaric, corrupt, but it is another still to call the current one moral – because state’s act based on national interest, not some righteous moral compass. Caveat: the administration in power always determines what is in the national interest. Sometimes I wish we could dispense of the whole industry of the moral state and accept how nebulous the “national interest” euphemism is.

In these United States – since at least the Wilsonian age – the country has projected itself as a moral, exemplary beacon of democracy, justice, and equality – even though – for most of its existence – it has a tier system where one’s access to justice is dictated by the accidents of their birth and zip code. I have watched Obama preach to African Presidents about allowing dissent, diverging political ideas, and condemned state sanctioned violence against its citizens.

Mind you – this was the President of Mike Brown, Philando Castille, Sandra Bland; where wanton murder of people of color is part of the everyday narrative. Such is not an anomaly nor does it make the United States a uniquely evil society. It simply means that states would use violence to crush dissent, protest, to maintain the state. All students of realpolitik know this.

In the end, a major, if not, the highest priority of the state, and by this, I mean, all states, is to maintain the state, even if that means to ban, threaten, kill, shoot, maim, eliminate “threats” be it political or otherwise. That is what states do. That is the MO of the state – from the banks of the Potomac to the bluffs of The Gambia river. No exception. States are amoral entities. So, next time the state threatens, kills or brutalizes in the name of national security – don’t be shocked – know that that’s their main line of defense — national security, law and order. Do not relent; challenge, question, parse and always proceed from the theory that all states, including The Gambia, like to begin the story with the narrative that most advantages them, contextually — national interest, law and order — and the onus is on you to resist this sentiment.

This article was first published in 2017
Saul grew up in Churchill’s Town, Serekunda, The Gambia. He earned a bachelor’s degree in Political Science and International Studies from Bluefield State College, West Virginia – a master’s in Government and Public Policy and a doctorate in Political Economy from the Virginia Tech School of Public and International Affairs, Blacksburg, Virginia.