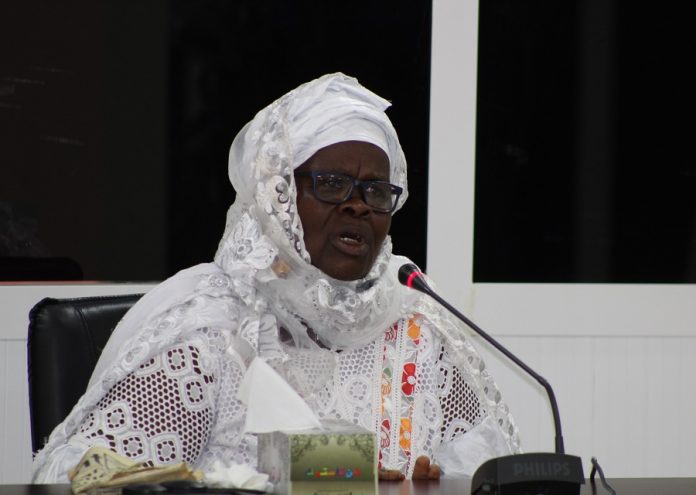 Duta Kamaso, a retired politician and former APRC National Assembly Member has been telling the TRRC about her arrest in 2006 by agents of the National Intelligence Agency for allegedly leaking information to the Freedom Newspaper of Pa Nderry Mbye in the US among other false accusations.

The former NAM recalled that she was arrested on her way from Dakar where her son was taken for treatment before being escorted by an NIA agent from Amdalaye to Barra Station, and then to the major crime unit in Banjul.

She said she was later escorted to the NIA office in Banjul headed by Harry Sambou where she was taken before a panel of 8 men who subjected her to a thorough interrogation.

She said the agents asked if she was corresponding for Pa Nderry and the Freedom Newspaper and further enquired if she had any problems with Yankuba Touray and Fatoumatta Jahumpa Ceesay.

She said she could not tell who was responsible for her arrest but she knew she was not on good terms with some members of the APRC, namely Fatou Jahumapa Ceesay and Yankuba Touray which she said could have triggered her arrest.

“While in detention, I was severely sick and there was news spreading like fire that I have died which prompted some people to pay condolences to my family because they assumed I had died”, Kamaso said.

“After my release I petitioned the Office of the President and the National Assembly but there was no response”, she said.

Also in her testimony, the former National Assembly Member mentioned stories of other detainees who were subjected to horrendous torture. They include former human rights lawyer Mariam Jack-Denton, now Speaker of the National Assembly.

She also recalled how a former BBC correspondent Lamin Cham, and Lamin Fatty of The Independent Newspaper were detained and tortured by the NIA agents.