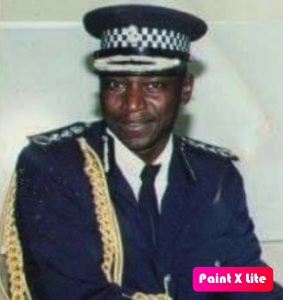 A former Inspector General of Police, Landing ’13’ Badjie has died. Famous among colleagues as just 13 Badjie, Landing was described as a professional policeman whose innovative ideas and charismatic conduct earned him a lot of respect from colleagues and public alike.

Landing also served as Senior Police Adviser in Darfur, Sudan between 2006-2008 and was one of the first police officers in Darfur who started the UN Mission as the head of the Light Support Package to the African Union.

He became Regional Commander and in 2009, he was transferred to the Humanitarian Unit to become Officer In Charge of Nyala region. “Landing rose through the ranks to become Head of Office in El Daein, a position he held until 2019 when he returned home. I had the privilege of working with Landing at the Police Headquarters in Banjul as his Admin. In Darfur during the first years in the mission, we shared the same accommodation. He was admired by the Sudanese people who admired him for his inter-personal skills dressing like them, socialising with them and eating their food with them,” a former Gambian and UN colleague of his, Pa Amady Jallow said in a Facebook tribute yesterday.