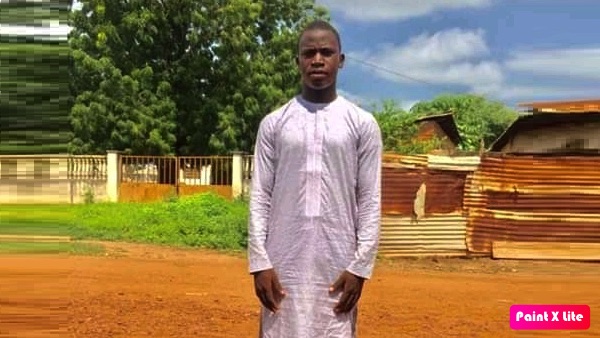 Ousman Fofana, 24, who lives in Sukuta Nemasu, has accused former president Yahya Jammeh and his government of evacuating his family from their home. He appealed for government to intervene and compensate them with another place.

Fofana’s claims could not be independently confirmed but he said it was in 2002 when some men, who claimed to have been sent by Jammeh, visited their house and asked them to vacate because the place fell within the layout reserved for government officials.

“I am appealing to this new government to consider us as citizens of this country – we are really suffering. Imagine your younger sister and brother waking up every day without food to eat. The situation could kill us but we refuse to die by God’s will. We want the government to give us a land where we can stay,” he said in an audio shared with The Standard.

Ousman Fofana added the loss of his parents made him “grow up in a minute. You had to look at life so much differently than how you would otherwise have,” he lamented.

Fofana said he remembered his father telling him that he got the land in question from the late Sukuta alkalo.

“At the time we had already completed building a house there but they demolished the house and chased us out,” he said.

Fofana said he has since written to the government for another place or compensate them but they didn’t respond to his request. He said he has all the documents showing that his father is the rightful owner of the land.

“We now understand that the person they give the land to has resold it. This is how we left the house to start renting. At the time, even putting food on the table was a problem. I and my younger brother and sister were the ones doing odd businesses to provide food for the family and pay rent until my father passed away in 2015. After my father’s death, I was the one providing food and paying rent but now I couldn’t afford to pay our rent, so the house owner transferred us into another house just good enough to give us shelter,” he said.

“I have also approached the current PS at the ministry of lands to find a way of helping me so that the government will compensate us. I rode on a bicycle up to Banjul on number of occasions just to meet the PS but sometimes, I would not find him there. I have sent three letters to the ministry but they have not responded,” he said.

The young man also appealed for support from philanthropists and humanitarian groups.