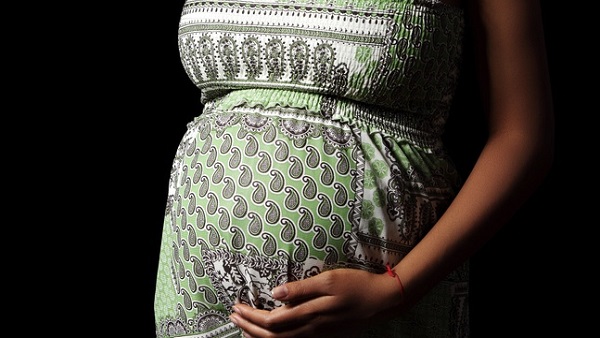 A man, Gambian, has denied grim allegations of raping his 15-year-old daughter.
The young girl walked into The Standard offices earlier this week accompanied by her mother, narrated how her biological father raped and impregnated her, and threatened to kill and dismember her if she ever told anyone about what he did.

The father, who is in his early forties, said the mother of the girl – whom he still considers his wife despite the woman’s assertion that she has ended the marriage – is out to damage his reputation after he caught her “red-handed with another man on their marital bed”.
He explained: “After I caught her with another man, I could have left her but I didn’t because I don’t want to bring shame to my children and to our family. For my daughter, I have always been telling her to be careful in whatever she does, where she goes or who she talks to. I even bought a phone for her. The truth is, I have forcibly removed my daughter from men’s house more than five times. I threatened her and yes, it is true that it was I who said that I will kill her, dismember and bury her but I did that to scare her. I did that to stop her from going to men’s house. She is a small girl and I wanted her to focus on her education.”

The man narrated that on a particular night, her daughter returned home very late.
“From then onward, I got even worried. I started observing her and noticed that she would always hold out her dress whenever she walks. I detected that when she sits on the chair, too, she would not be comfortable and would always bebending.

One day I was called and told that my daughter was vomiting at school. When she arrived home, I confronted her but she insisted she drank Bullet [energy drink]. The next day, I went home and found her lying down and I wasn’t happy, so, I asked her to stand up and remove her clothes. It was then that I saw those lines [stretch marks] that you would normally see on a pregnant woman’s stomach. I said to her she was pregnant but she denied it.”

He said the following day, he sent his son to go and buy him some acid to be used on a bicycle he was repairing.
“My daughter’s return coincided with my son’s and upon seeing the acid, she ran out to neighbours shouting that I wanted to poison her with acid. When I later went out to search for her, I saw two police officers and my daughter, in a waiting car. The police asked me to go with them to the station.”

He said it was there that to his surprise, he heard his daughter, who was with her mother, saying in a low voice to the police questioning her that I impregnated her and tried to kill her.

The man said he spent the night in the police cell and was transferred to police headquarters the following day. “I spent 12 days in detention. I was later taken to Bundung Magistrate’s Court and my little brother bailed me. I was given a day to return to court but when I went back, there was no court. I think it’s because of this coronavirus thing. However, my father died and I was allowed by the police to travel for the burial. The police even prayed for me when I told them about my father,” he said.

The man defended himself as a good father whose heart is full of love for his daughter and family. “I gave birth to her. She is my daughter. My heart is deeply saddened by this whole thing. To say I am devasted is an understatement. I love my daughter beyond words. It’s her mother’s machinations that are damaging my life, but she is only damaging her daughter’s future. That lady is a bitch. Yes.”

He also gave details of how he uncovered his wife’s infidelity.
“I came home once from work, and upon hearing my footsteps, she rushed me to the door. She was tense when she first saw me. I wanted to enter but she blocked my way and I had to force myself in. And there, I saw a guy on our bed, who happened to be one “A.J.” of Tallinding Farokono, who is actually one of my best friends. He was my friend and I didn’t expect that from him. I confronted him and insulted him. He told me it was hot and he needed to come inside and rest. I asked him why he didn’t rest under the shades outside? This is why my wife left our home. I never divorced my wife even after all these. There was nothing I wouldn’t do for her. She is my wife of 17 years, and we have four children.”