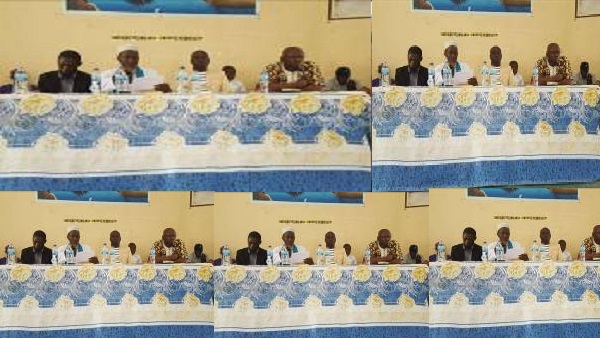 At least 260 delegates from the 13 community associations of the Federation including stakeholders, parents and community-based organisations attended the meeting.

Momodou Lamin Badjie, the board chairman of the Federation, said the annual gathering is a policy requirement of the organisation to discuss progress and challenges during the year under review.

Deputising the governor of the West Coast region, Omar Fatty described the well-attended meeting as an indication of the progress the federation registered in the lives and livelihood of children and families under its care.

A local partner of ChildFund The Gambia, Foni Ding Ding Federation is a child-centerd community based organisation working to help deprived, excluded and Vulnerable children and their families.

Nfamara Darboe from ChildFund The Gambia, commended the partnership between the Federation and ChldFund, saying it has enabled them maximise resources to implement development programs for needy children.

Foni Ding Ding Federation manager, Edi Bah said despite numerous challenges including funding, the federation continues to provide “the much needed services to improve the lives of the deprived, excluded and vulnerable children, families and communities”.

He described ChildFund as a “true and genuine partner”, thanking it for providing “98 percent” of their funds to implement programs.

“Our appreciation also goes to the Government of the Gambia for creating the enabling environment, and to the World Food Program (WFP) for working closely with the Federation for the distribution of 6116 bags of 50kg to 3058 families in Foni Jarrol, Foni Berefet and parts of Foni Bintang,” Bah said.