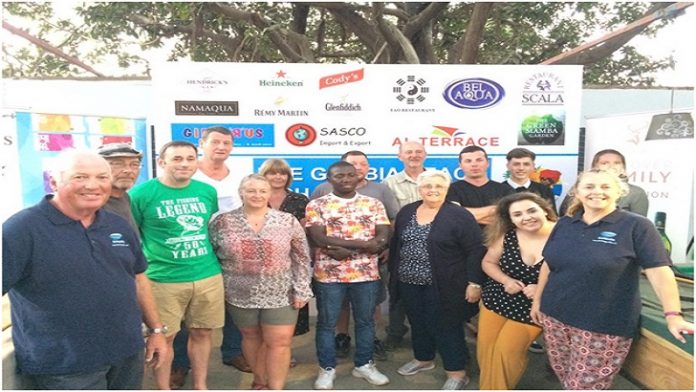 The Gambia Beach Championship, an international competition organised annually by Fish The Gambia, a UK Gambian fishing organisation kicked off last weekend at Senegambia.
This is the ninth edition of the event which brings together local and international anglers to compete for various prizes and awards.
Backed by the Gambia Tourism Board, GTB and other partners, the competition is being staged at selected beach sites of the tourism development area including Sanyang, Sambouya and other places.

At least 21 local and international anglers including Gambians, English and Belgians are taking part in the competition.
All matches would be based on points with each fish species being awarded a number of points for the days. The angler with the lowest number of points for the whole competition would emerge winner for the overall prize.
There will also be prizes for everyday winners including the heaviest and most fish catch of the day.

The competition continues through Tuesday, when awards would be handed out to the winners at the Green Mamba Gardens in Senegambia.
The initiative is being led by Barbara and Bernard, who have over 30 years of experience in fishing adventures.