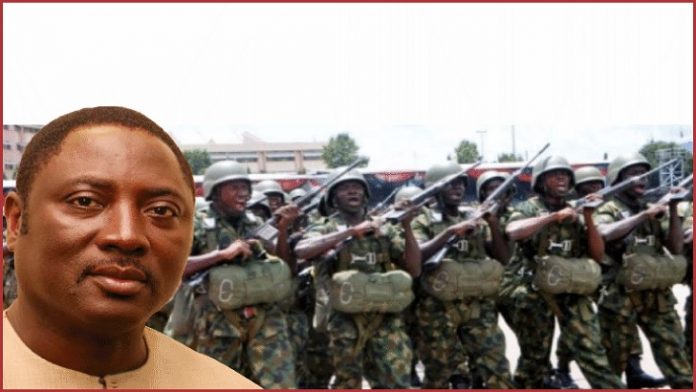 The foreign minister, Mamadou Tangara has described the Gambia’s West African army contingent in The Gambia, Ecomig, as a stabilising force whose mandate needs to be extended.

Addressing a meeting with a 26-member AU Security Council Field Mission to the country in his office on Monday to acquaint themselves with the security situation in the country, Mr Tangara praised the role played by Ecomig forces in the maintenance of peace and security in the country.

\
The current mandate of the mission sponsored by the European Union ends in August 2019 with the EU Ambassador quoted as saying that it is not clear if the EU will fund the mandate’s extension.

But the Gambian foreign Minister urged the Council Members to extend the mandate of Ecomig forces as the all-important security sector reform continues.

He highlighted the need to build the capacity of security forces, notably the military.

The foreign minister applauded the AU Security Council team for their hard work and called on them to redouble their efforts towards bringing greater development on the continent through ensuring peace.

He commended the respective countries for standing by the people of the Gambia in ensuring that the will of Gambians prevailed during the political impasse in December 2016.

He made special mention of Nigeria, Mauritania and Equatorial Guinea for the role they played during the political impasse.

The Government, he said is working on attracting foreign direct investment and tourism among others in the country.

The Ambassador of Togo to the African Union, H.E. Sebade Toba expressed delight at the progress registered and expressed optimism that the trend would be maintained.

He said this courtesy call is a learning experience for them and thanked the Foreign Minister for the warm welcome accorded to them.

The delegation also met and held talks with President Barrow.