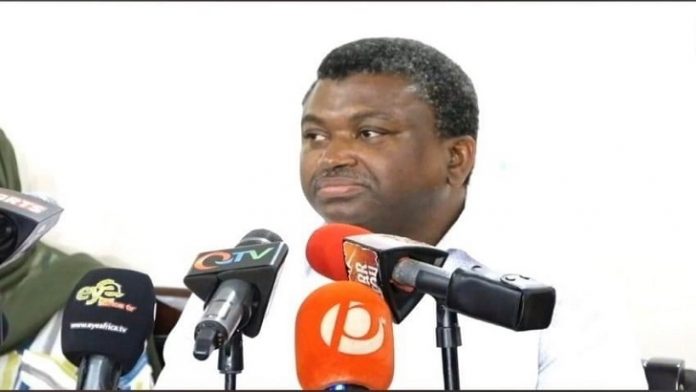 The Minister of Health has claimed that 25 percent of drugs in Gambian public health facilities are consumed by neighbours from across the border, who visit facilities with Gambian identity cards.

Dr Ahmadou Lamin Samateh made these claims in response to queries by National Assembly Members on what is responsible for medicine shortages in primary health centres across rural Gambia.

“Quite a big chunk of our drugs, about 25 percent are consumed by our brothers and sisters from across the border and some of you [NAMs] from border regions can attest that their facilities are overwhelmed by people coming across the borders,” Minister Samateh told lawmakers.

He said this was mainly informed by the “cheaper nature of treatment at Gambian health facilities, provision of better services as well as the close proximity of our health centres.”

Asked what steps the government is taking to address the problem, Samateh admitted that the issue is complicated because “majority of these patients are coming with Gambian ID Cards.”

“I was in Brikama-Ba recently and when I asked why they are allowing this, the answer I got [from the health care givers] is that they know these people are from outside but they will come with our ID cards which makes it impossible to deny them,” the Minister explained. He said this is a “big difficulty” for his ministry in terms of drug estimates for the citizens “because they have not been catered for.”

The Minister further explained that this “practice can only be addressed” when the new national health insurance takes effect.

“Because persons going to the health facilities would be issued an insurance card without which they will not be given services,” he added.

Samateh, a former chief medical director at the Edward Francis Small Teaching Hospital who is also a surgeon, said other reasons responsible for the scarcity of drugs in public health facilities is the inadequacy of drugs allocated to the country as a whole which is “not enough to go a whole year round for the population.”

Another reason, he said, has to do with “communication gaps” between people charged with managing health centres and the drug supply unit. “Sometimes drugs get finished and they do not alert in time.” he said.