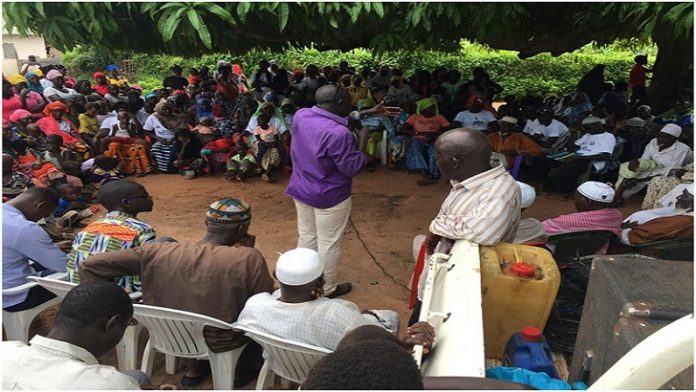 Meaningful development will not come about in The Gambia as long as citizens fail to understand what democracy really means, according to a civic education officer.

Ansumana Yabou urged citizens to work to grasp a better understanding and knowledge of democracy, good governance, tolerance and reconciliation.

This will bring about the much-needed development, he said.

Yabou who works for the National Council for Civic Education (NCCE), was speaking at the second phase of a national dialogue on democratic governance, tolerance and reconciliation.

It aims to enhance better understanding and appreciation of democratic governance, civic rights, freedoms and duties as well as promote dialogue and reconciliation to ensure peaceful coexistence in the country, as envisaged in President Barrow’s National Development Plan.

“Coming from two decades of dictatorial misrule, characterised by poor governance, lack of democracy and abuse of human rights, it is evident that establishing and sustaining democratic rule could be quite challenging as being currently experienced in The Gambia,” Yusupha Bojang, programme manager, NCCE, said.

Speaking further, he said: “There is a huge deficit in the understanding of democracy among the citizens thus resulting to lots of misconceptions, abuses, mistrust, intolerance and division along political and tribal lines.

It has resulted in some isolated incidents of disturbance in different parts of the country.”

It was in light of these issues, according to him, that the NCCE and the Ecowas deem it important to embark on massive nationwide sensitisation campaigns to enlighten citizens – especially the rural communities – on the tenets of democracy and good governance as well as the promotion of dialogue and reconciliation to ensure peaceful coexistence in the country.

He called on Gambians to remember that democracy was rooted on the principles of equality and freedom for all, saying it is the duty of every citizen to recognise each other’s sovereignty in order to live together as brothers and sisters.

“Since every citizen’s view has a right to be expressed and listened to, differences are likely to occur, but democracy relies upon open discussions, debate, persuasion and compromise when such diversity occurs. The use of force, intimidation, slander and provocation are threats to our young democracy and thus citizens are encouraged to desist from such undemocratic acts,” Bojang advised.

He further stated that tolerance and respect for the rule of law are critical in the promotion of democracy, peaceful coexistence and social cohesion.

“Democracy calls for respect for the rule of law and therefore no situation should warrant taking the law into your own hands, as there are several legal mechanisms available to utilise inorder peacefully access justice,” he added.

Bojang said the time is now for Gambians to build bridges “across our differences to pursue the common good”.