GAMBIA, LIBERIA TIE TO GO AHEAD

The very first official international match in The Gambia since the Liberia debacle last year, is expected to be on the weekend of February 12- 14, against another Liberian team, The Barak Young Controllers, BYC.

The competition is the African Club champions league and the Gambia’s candidate is Real de Banjul.

The fixture drew a lot of eyebrows and doubts about its possibility giving the Ebola situation in Liberia and the fact that no flights link Banjul and Monrovia currently.

But with Liberia now lifting the ban on football in that country, there is renewed hope and in fact optimism in Monrovia that their champions will return to international football.

“BYC of Liberia is expected to head to camp in the coming weeks to put finishing touches on preparation for the continental battle which many soccer fans are highly expectant after the long stay away from football in the country due to the Ebola situation,” the Liberian Daily Observer reported two weeks ago.

It went on to quote BYC president Sekou Konneh  as saying that they were expected to conclude modalities with  the Liberian FA to start training as soon as possible.

Konneh also confirmed that all the players are well and eager to start training ahead of the continental assignment.

Two weeks on, nothing has changed in Monrovia, and here in Banjul Real de Banjul has just completed the formal registration in to the competition, meeting the Caf deadline last week.

Both the GFF and Real officials have made it clear that they have no advice to even remotely suggest that the tie may change or be cancelled. There has been no word also from Caf on the fixture lending credence that the tie which opens in Banjul in three weeks time will go ahead. 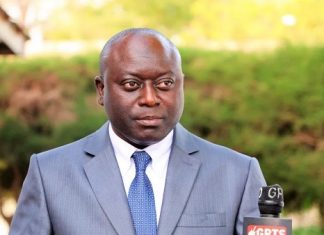 January 25, 2021
By Omar Bah The cabinet on Thursday approved to an ambitious policy that seeks to ensure 75% of the nation's homes have affordable access to...