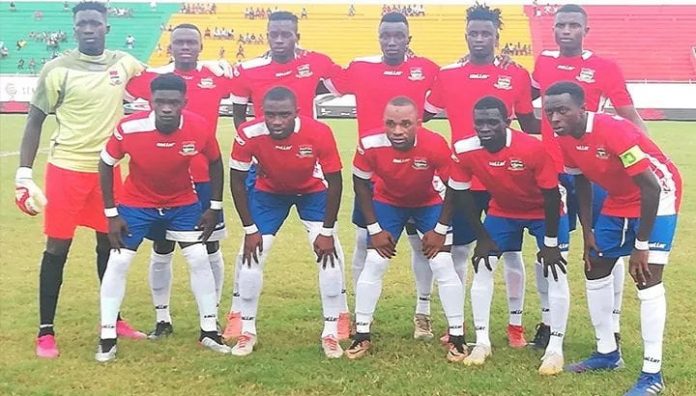 The Gambian team may have stopped at the semifinal of the Plate section of the recent Wafu Nations Cup, but the country also made starling participation in the tournament’s success.

Speaking to The Standard on his return from Senegal where the tournament took place Mr Jabbie said the Gambia may not have achieved the targeted desire on the football pitch but the country has a very important place in Wafu.

‘To start with the secretariat of the biggest zone of the union is based in Banjul headed by a Gambian, Jammeh Bojang,” Mr Jabbie said.

The Standard was informed that only two match commissioners presided over all 22 matches, one of Elhaji IbrahimKemokofrom Niger and Ba Jabbie from The Gambia.
Both were decorated with medals in recognition of their performances.

The Standard also got information that the issue about relocating the Wafu secretariat from Banjul to Dakar was discussed.”I was informed that such an issue was raised and the GFF president Lamin Kaba Bajo put up a robust defence for the office to remain in Banjul and he has so far succeeded.The office is staying here. I think the GFF should be commended for fighting for the national interest in this matter,” Mr Jabbie said.

Overall, according to Mr Jabbie, the tournament was memorable and very rewarding for the Gambia and West Africa. ”I would like to thank the organisers in general and our zonal secretary general and compatriot Jammeh EK Bojang,” Jabbie concluded.

The Gambia Football Federation, GFF, has announced the much -awaited extra-ordinary general assembly this Saturday has been postponed until further notice. The meeting was scheduled...
Read more
Sports

A five-day referees training course started yesterday at the Football Hotel and will run until Friday. It is being attended by 33 Elite A...
Read more
Sports

The Zone of Bakau, one of the biggest Nawettan centers in The Gambia has become the first to officially announce that they will not...
Read more
- Advertisment -

July 15, 2020
By Omar Bah A moving political drama yesterday ended in an acrimonious split in the leadership of the Gambia Action Party, GAP. The party announced it...

Yankuba wants his wife, others to testify by video link