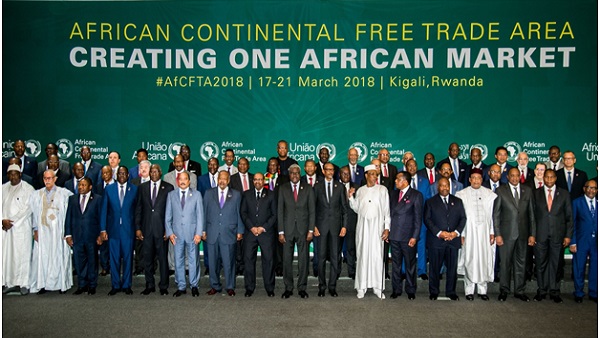 As the African Continental Free Trade Agreement (AfCFTA) gathers steam, The Gambia is preparing to validate its national implementation strategy, according to a press release from the Economic Commission for Africa (ECA).

Towards the decision the government is collaborating with the ECA during a two-day workshop on the strategy, the release said.
According to the release, the National AfCFTA Implementation Strategy for The Gambia identifies priority actions to be undertaken by the government to effectively realise the potential benefits of the AfCFTA.

“The strategy identifies measures to ensure adequate implementation of the provisions of the agreement at national levels; to prioritise products that are high value with high potential for export into various African markets and to improve and scale sustainable participation in regional value chains,” it said.

MrLaminDampha, permanent secretary at the Ministry of Trade, was quoted as saying: “…there will be challenges in implementation. However, we urge all stakeholders to address issues fairly but also expeditiously. Implementation will mean reform of procedures and rules at the national level. However, this won’t happen overnight and it will be a process that requires dialogue and flexibility.”

The Coordinator of the African Trade Policy Centre of the ECA, David Luke noted that the expected benefits of the AfCFTA will not come automatically.
“The Gambia, just as other African countries, needs to prioritise where opportunities lie for diversification and integration into regional value chains for both goods and services,”he remarked.

He acknowledged that tariff liberalisation as envisaged under the AfCFTA will result in revenue loss in an already relatively challenging fiscal framework in The Gambia.
The draft strategy document recommends that The Gambia should seek adjustment support to compensate for this, he added.