Marveling at the tenacity of the Gambian woman 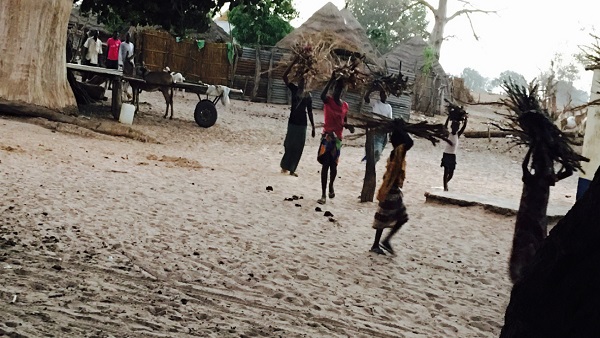 Driving deep into “Fana-Fana” Land – I encountered the most tenacious Gambian; the best and most industrious of us — the Gambian woman. The Gambian woman works all year around, everyday, to provide for her family. She invests more into the family than her husband. As a case in point, I visited several communities up and down the country – for my quest to understand, or better yet, come up with some solutions to our poverty conundrum. One glorious morning, I visited a village in the North Bank – called Kerr Gumbo. As I wandered in the village in the morning – I saw the men sitting at the “Pecha; Bantaba” dabbling in jovial conversations – in a very nonchalant way.

Upon my return around high noon – the men were still sitting there. That was when I asked the women – why the men were pretty much sitting there for hours – while they, the women, toiled. The women, in a very sympathetic tone, told me that the men are seasonal workers – that they work only during the rainy season – and after harvesting – jobs are hard to come by. I then asked them how they feed their families – and in a no- brainer response, albeit, very coy and measured, they told me that they are the ones that work all year around to provide lunch money for the kids and most of fish money for the family.

The Kerr Gumbo woman’s day starts before the break of dawn: she fetches water from the well for the husband, kids, and other family members for their bathing; also for cooking and what have you; then prepare breakfast for the family; bathe the kids, give them lunch money for school; after that they go to the farm/garden to work on the land; then off to the market around noon to get some cooking items that are missing from their forever dwindling food stock; cooks lunch, washes the bowls; back to the farm/garden, for more back breaking work; get back home, bathe the kids again, prepare dinner for the entire family; go to bed, wake up in the morning and do it all over again the next morning. Good Lord, if hard work was the true barometer for financial stability – then the Gambian woman would rival the Rockefeller’s!

Unlike the Kombos, women of that area, seldom receive fish money from their husbands – they bring in most of the money – send their children to school, take care of the kids and husband; basically, hold the fort down – for without them – the house would literally crumble to the ground. This, in essence, is your quintessential Gambian woman in all her glory.

Paradoxically, although the woman contributes equally, and in many cases, more to the family than the man – they still need permission before embarking on anything. For instance, the women who wanted to join the Microfinance initiatives in Kerr Gumbo – needed to ask for their husbands’ permission first – and a couple of them had to withdraw their interest because their husbands wouldn’t allow them to join. When asked if their husbands consult them on issues before embarking on them – they said NO – because they are the “Kilifas”. Some even explain that their husbands don’t even consult them when marrying a second wife until the day of the wedding. I find this to be ridiculously fascinating – that the patriarchal system limits these women, even though, they carry a sizable chunk of the social and financial burden of the family.

Absent for patriarchy, macho-entitlement, what does the man contribute to the family that the woman doesn’t? I honestly can’t muster a solid answer. A little caveat, though, this doesn’t mean that men don’t contribute to the family, because they obviously do; and depending on geography – men overwhelmingly financially support the family in many pockets of the country. This is also not a broad generalization of all cases; however, in almost every village that I encountered, the Gambian woman carries most of the financial and social burden – since men work seasonal jobs: summer farming; while the women work all year around. Perhaps, just perhaps, it’s about time that we revisit the patriarchal order and script a new social contract for our time?