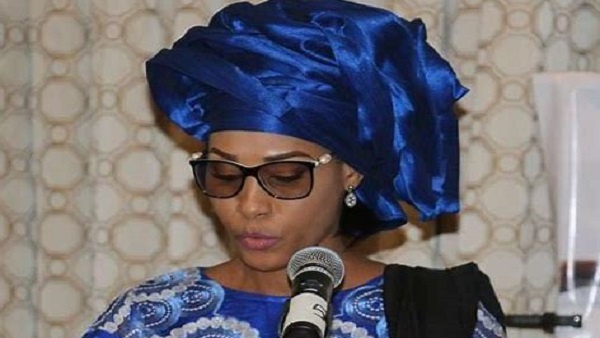 We are starting this edition of African First Ladies closer to home: The Gambia.
As of March 2019, all African countries have male heads of state with either single or multiple wives
Described as the smallest country in mainland Africa, The Gambia is dubbed the Smiling Coast of Africa with its serene beaches and beautiful people.

The country has had three presidents, including the current one. The first President Sir Dawda Jawara (1965-1994) had three wives (Augusta, Chilel and Njaimeh Jawara). All the wives of Jawara were called ‘Lady’ because he was knighted but Chilel was the actual First Lady.

The second President Yahya Jammeh (1994-2016) married three times during his tenure. Tuti Faal became the First Lady after Jammeh was elected in 1997 but the marriage ended in 1998. Jammeh then married Zineb Souma, who remained First Lady until in 2017.
The current president, Adama Barrow (2016-present) has two wives (Fatoumatta Bah and Sarjo Mballow) but the first wife Fatoumatta Bah- Barrow holds the title of First Lady.

But who is Fatoumatta Bah-Barrow?
Fatoumatta Bah was born on 5th August 1974 in Basse, the administrative capital of Upper River Region. Her father, Abdoulie Bah was a local businessman, whereas her mother Isatou Jallow, a housewife was mostly known amongst the community for her compassion and generosity towards the poor and the needy.

Growing up, Fatoumatta Bah spent her childhood in Basse with her two siblings, where she attended St. George’s School. Having completed her education and moved to the capital, Banjul, Fatoumatta at the age of 22 met and married Adama Barrow on 20th March 1997. She is blessed with a son named Mamadou Barrow and a daughter called Taibou Barrow.
Before the presidency, Fatoumatta worked at a family business while at the same time helped her husband in his real estate business until the 2016 presidential election when she did door-to-door campaigns for her husband’s presidential aspirations.

Fast forward to 2020 and the office of the First Lady, Fatoumatta Bah-Barrow runs a successful humanitarian service through her Fatoumatta Bah-Barrow Foundation (FABB).
The Foundation, a non-profit organization that supports disadvantaged communities, women, children and vulnerable groups in The Gambia, was established for charitable purposes aimed at benefitting areas in health, orphans, children, widows, youth and women through educational projects and social development programmes.
Founded on May 1, 2017, the foundation’s motto and vision is “to bring relief and empower the vulnerable and disadvantaged in The Gambia, for an opportunity to dwell and carry a new hope for a brighter future.”

Fatoumatta set up the foundation to help her husband and his government. She always had the dream to extend her reach and complement development efforts in reducing extreme poverty, assisting marginalized rural women, girls and vulnerable children in The Gambia.
Despite weathering through the storms of initial scandal, she has now indeed “grown” into the position of First Lady and is now jokingly referred to as the “little lady with the big voice” and well after three years it looks like her dreams of helping Gambians are being crystallized.
Below are some of the headline-making humanitarian efforts of the First Lady.

First Lady, Her Excellency, Madam Fatou Bah-Barrow on Monday presided over the signing ceremony between her Foundation, FABB, and a Switzerland registered, Saudi Arabian medical NGO (Albalsam Cure and Care).

Aisha Buhari accompanied the Gambian First Lady to celebrate her birthday with a visit to Maitama Hospital in Abuja.

That is all we have for the maiden edition of African First Ladies. Next is Fatima Maada Bio, the First Lady of Sierra Leone, who, coincidentally, visits The Gambia today, her home country. 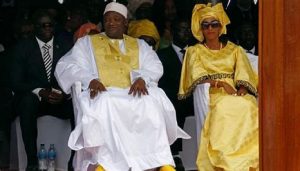 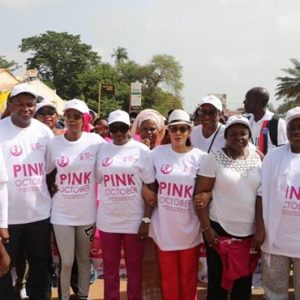 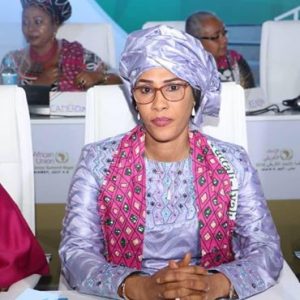 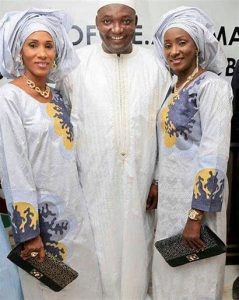 September 25, 2020
By Omar Bah Reacting to concerns raised by Gambians about the number of women dying while giving birth, the Minister of Health Dr Ahmadou Lamin...