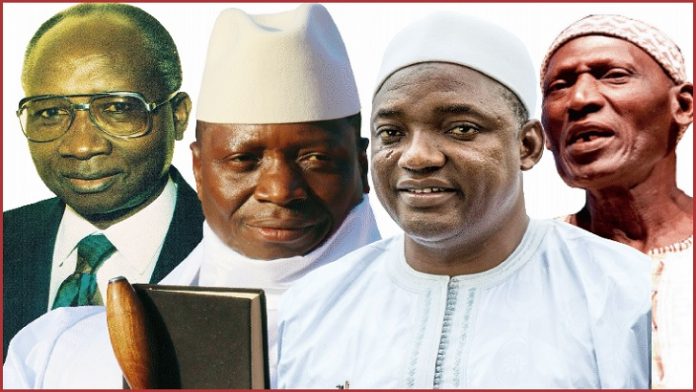 The National Assembly member for Wuli West, Sidia Jatta, has in a rather blunt assessment of The Gambia’s political history, said the country has never had a good leadership since independence, therefore making the situation a hell for Gambians.
Jatta made these remarks yesterday at the National Assembly during the debate of the report of the Network of African Parliamentary Committee on Health.
“How do we go about dealing with the issues of developing this country? We are not moving. This country is not moving“, he said.
Mr Jatta further disclosed that pragmatic leadership is good but what is needed most is committed leadership.

“We need a leadership that is committed to the wellbeing of the people such as the type of leadership of Rwanda. That is commitment,” he explained.
Hon Jatta said the world’s problems are due to the lack of commitment by world leaders, which explains the many crises everywhere.
The Wuli West representative cited The Gambia, saying that some Gambians are drinking water that is worse than what some use to flush their latrines.
He went on: “You see the hypocrisy of what we are doing. We talk about democracy, equality and the water I flush my toilet is better than the water they drink down there”.
Jatta explained that everyone is cognizant of that fact but nobody is stopping it. “How can you have quality in any thing you do?” he asked.

He said the solution lies in commitment, honesty and sincerity, which are qualities fundamental in any leadership but which Gambia lacks over many years.
“This country has never had a leadership. That is why we are where we are. The Gambia is 50 years, but where have we gone? Tell me,” he quizzed.
Turning to the youths Mr Jatta said there is an urgent need to invest in young people because they are both the present and future leaders.
He asked what happened to the thousands of youths who are repatriated in the country and the millions they put in place to help them.

“I am not against it but the fact of the matter is, private sector can never develop any country and it has never developed any country,” he emphasised.
He said the young people need to be trained to become apt in all ramifications but as far as he is concerned, “that is not happening.”
Explaining further, Jatta said even though young people are being repatriated, they are still going back because there is nothing here to hold them. “We have not prepared the ground to receive our people,” he said.

He added: “Poverty is going up and not going down in this country. Anyone who told you that poverty is going down is telling lies.”
Honourable Jatta ended his contribution with a humorous note: “I wish I can go to the bush and arm myself to smash the head of whoever comes.”

Casamance separatist leader, Salif Sadio has said speculations peddled that his men might have had a hand in the murder and incineration of former...
Read more
News

By Lamin Cham Following the introduction of a new law requiring some African states to sign a bond, prospective tourists and visitors from more than...
Read more
News