Nov.11 was a black day in Gambian army 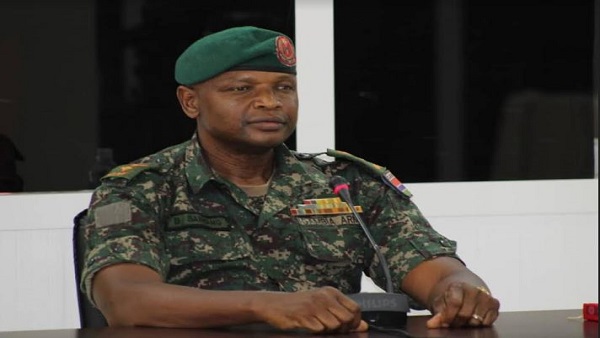 Lieutenant Colonel Babucarr Sanyang has described 11 Nov 1994 as a “black day” for the entire nation as soldiers used weapons against their own colleagues under the unlawful order of their superiors.
Testifying before the Truth, Reconciliation and Reparations Commission yesterday, Sanynag now a Lt Colonel said he felt bad about what he saw after officers were taken out from detention alive and returned dead.

“When I saw legs in the back of the truck I felt very bad,” he mourned, adding that when the council members were going out from the barracks with the detained officers, he saw Alagie Kanyi behind the vehicle.
“I thought that they were taking them to Mile 2 only for them to come back dead, which I could not understand. The council members left with their orderlies, and the then army commander Baboucarr Jatta .Yes the detained officers were killed in broad daylight,” he confirmed to TRRC in a moving testimony. Sanyang who claimed he was briefly detained at the barracks under suspicion of being part of officers planning to remove the then council, also claimed that it was a tactical move for him to be going in and out of his office while these incidents were happening at the time otherwise he would have been in danger.
The witness went on to say that during that period, he heard Sana Sabally saying they will set an example but he could not know what he meant by that.

“I also heard Sana shouting where is Fafa Nyang, bring him here. I could not stand to observe what was going to happen to him but I saw Nyang being escorted by Lance Corporal Batch Samba Jallow. Sgt Nyang at that time was in a very serious frustration and distress. A short time later I heard gunshots, which I felt bad about. I also saw my CO wiping his face in a very bad situation and as I walked towards the Cookhouse I saw Fafa Nyang lying on the ground blood oozing underneath. I could not bear it so I had to retire into my office,” he recalled.

Sanyang also recalled that the council members’ failure to fulfill the promises they pledged to the soldiers after the change of regime was a major concern for the soldiers involved, who wanted to change the council since their promises were not fulfilled.
Sittings resume next week.