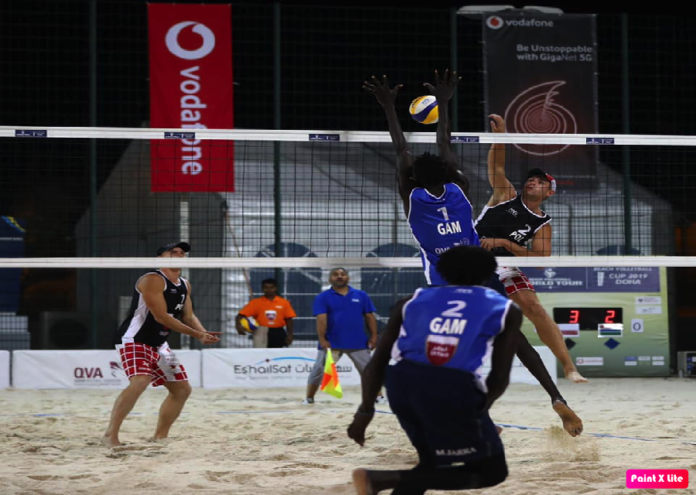 Gambian beach volleyball sensation Sainey Jawo and Mbye Babou Jarra who won the African title at the last All African Games, know a thing or two about the FIVB World Tour. The duo is among dozens of other countries in the world tour which began on Monday in Doha, Qatar.  This is their second appearance in the tour.

“It will be competitive. Qatar is dominating in such a strong way, but there are so many good teams out there. But I think it’s something we can do, for sure.,” he was quoted by the Gambia Volleyball Federation media.

Jawo and Jarra are savoring the competitive level of the World Tour because they are looking for qualification to the Tokyo Olympics. The FIVB Beach Volleyball World Tour restarted on February 23 with 33 teams from 16 countries representing all five continental confederations competing for the whopping US$5,000 Doha Beach Volleyball Cup at the Al Gharrafa Beach Complex.