The confidential document which was leaked to the UK based Guardian Newspaper stated that only 5,000 migrants will be allowed to resettle in Europe with large numbers likely to be repatriated.

This 5,000 resettlement is expected to be offered to refugees under the emergency summit crisis package to be agreed by EU leaders in Brussels.

A confidential draft summit statement seen by the Guardian indicates that the vast majority of those who survive the journey and make it to Italy – 150,000 did so last year – will be sent back as irregular migrants under a new rapid-return programme co-ordinated by the EU’s border agency, Frontex.

More than 36,000 boat survivors have reached Italy, Malta and Greece so far this year.

This leaked document, if implemented, is likely to affect hundreds of young Gambians who have risked their lives on the treacherous sea voyage to Italy.

The draft summit conclusions also reveal that hopes of a major expansion of search-and-rescue operations across the Mediterranean in response to the humanitarian crisis are likely to be dashed, despite widespread and growing pressure.

The summit statement merely confirms the decision by EU foreign and interior ministers on Monday to double funding in 2015 and 2016 and “reinforce the assets” of the existing Operation Triton and Operation Poseidon border-surveillance operations, which only patrol within 30 miles of the Italian coast.

The European council’s conclusions said this move “should increase the search-and-rescue possibilities within the mandate of Frontex”. The head of Frontex said last Wednesday that Triton should not be an operation primarily aimed at search and rescue.

Instead, the EU leaders are likely to agree that immediate preparations should begin to “undertake systematic efforts to identify, capture and destroy vessels before they are used by traffickers”. The joint EU military operation is to be undertaken within international law.

The statement describes the crisis as a tragedy and says the EU will mobilise all efforts at its disposal to prevent further loss of life at sea and to tackle the root causes of the human emergency, including co-operating with the countries of origin and transit.

“Our immediate priority is to prevent more people dying at sea. We have therefore decided to strengthen our presence at sea, to fight the traffickers, to prevent illegal migration flows and to reinforce internal solidarity,” it says, before adding that the EU leaders intend to support all efforts to re-establish government authority in Libya and address key “push” factors such as the situation in Syria.

But the detail of the communique makes it clear that the measures to be agreed fall far short of this ambition. 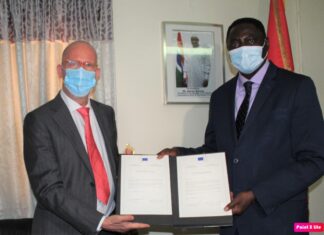